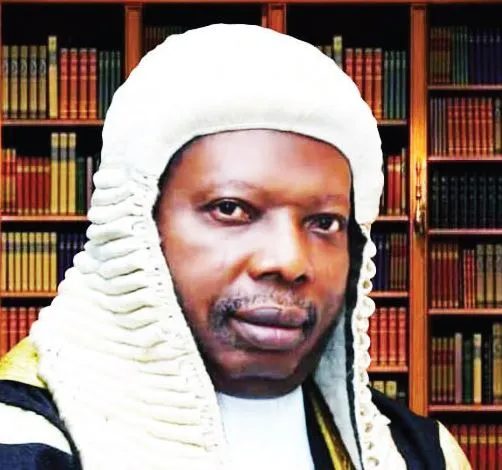 Hon Olakunle Oluomo, Speaker of the Ogun State House of Assembly, was on Thursday arrested by operatives of the Economic and Financial Crimes Commission, EFCC, at the Lagos airport.

A reliable source in the House of Assembly said that the Speaker’s arrest was not unconnected with a probe going on in the Assembly.

Recall that the Speaker himself had in June 2021, confirmed that the EFCC was probing the assembly over alleged financial misappropriation.

The EFCC was said to have written to the assembly, seeking information on all budget appropriations and allocations of the House from May 30, 2015, to 2021.

A yet-to-be-identified person had petitioned the EFCC, accusing the Speaker and some other officials of financial infractions.

It was  learnt that invites by the EFCC to the Speaker and other members of the legislature were not honoured, except for the former Deputy Speaker, Dare Kadiri, who visited the EFCC office in Lagos and raised the alarm that his signature was forged to siphon up to N50million.

To stop the probe, Oluomo and other members of the house (except Kadiri) dragged the EFCC to court.

In their prayers, they sought an order of interlocutory injunction restraining the EFCC from taking further steps including but not limited to inviting, interrogating, imposing obligations, and demanding or requiring their attendance in connection with the criminal allegation made against them.

They stated that their request to the EFCC to provide them a copy of the petition against the house was not granted by the anti-graft agency; hence they were left with no option but to sue the EFCC and Hon. Kadiri, whom they alleged as “using an official of the anti-graft agency to get information given to the agency under confidentiality leaked with the purpose of smearing the image of the House in the media.”