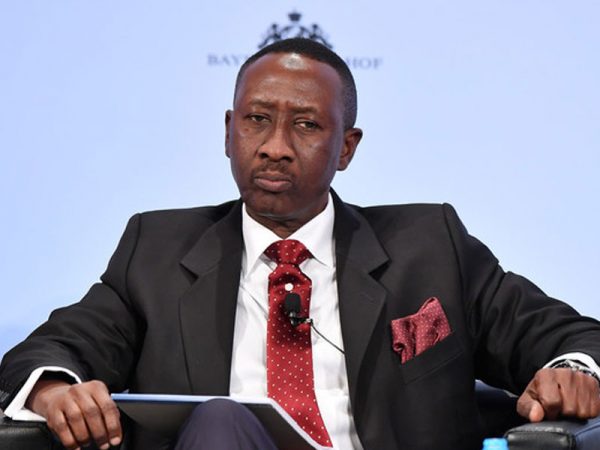 Some security experts in the country have observed that the latest report by the Global and International Terrorism Research/Analysis group, Jihad Analytics, placing Nigeria as the second most terrorised country in the world, is not only shameful but regrettable.

The experts then called on President Muhammadu Buhari to take charge as Commander-in-Chief of the Armed Forces, to immediately take proactive steps to address the security challenges bedevilling the country with a view of ensuring sanity in the system.

In a statement jointly signed by the National Coordinator, Kolade Babatunde, and National Secretary, Dr Ibrahim Bulama Mongonu, Forum of Security Experts in Nigeria (FSEN), the concerned experts explained that the report by the Global and International Terrorism Research/Analysis has continued to generate intense debate among Nigerians, saying that the research group claimed that Nigeria ranks second among nations struggling under the weight of terrorism, insurgency, banditry, and kidnapping, after Iraq.

The experts immediately and unconditionally called for the sack and probe of the National Security Adviser (NSA), Major General Mohammed Babagana Monguno (retd), and the Service Chiefs, saying that the development triggered angry reaction from the security experts and stakeholders in the country.

The group of experts charged President Buhari to activate his constitutional power of hiring and firing the National Security Adviser (NSA), Major General Mohammed Babagana Monguno (retd), and the Service Chiefs, lamenting that the report has exposed the incompetence of the military and other security agencies in Nigeria.

Operating on the auspices of Forum of Security Experts in Nigeria (FSEN), the security experts noted that apart from the fact that the report indicates that very little or nothing had been done in the past to contain the ravaging insecurity in the country, confirming fears that the country is fast assuming the status of a failed state.

It stated that ranking Nigeria as second most terrorised country in the world, just after Iraq, did not come to them as a surprise but insisted that something urgent must be done to give Nigerians hope of a better future.

The experts noted, “We wish to remind Nigerians that severally, we had raised concerns about the deteriorating security situation in the country, and the urgent need to reverse the trend.”

The group urged for a deliberate action, in the circumstance, while warning against grandstanding by presidential spokespersons and other handlers.

According to the statement, the forum of security experts in Nigeria is almost certain that in the coming days, spokespersons for the President would come out smoking, in failed attempts to discredit the globally-acclaimed terrorism research group.

As security experts, the group said that action, not grandstanding or rhetoric, is the way to go, more so that facts on ground to support the said report.

The group said that it received with sad feelings the 2022 Global Terrorism index report which declared Nigeria as the second most terrorized nation after Iraq, confirming that the report is from a very credible international organisation as sad and heart broken as it appeared, further vindicated the earlier press statement that Nigeria is sliding into a near failed state unless something is done urgently.

The group explained that it raised an alarm recently that the entire security architecture had failed in intelligence and kinetic operations and needed to be totally overhauled, lamenting that its sincere advice fell on deep ears.

The report has, therefore, laid credence to its position once again and restated that there’s an urgent need for the immediate sack of the nation’s number one security employee, the national security adviser and the service chiefs without further delay.

The group advised Mr. President to use the remaining months left in the life of his administration to rejig the entire security architecture and redeem his name and past track records by appointing good and committed officers that can still reverse the negative trend in security even within three months.