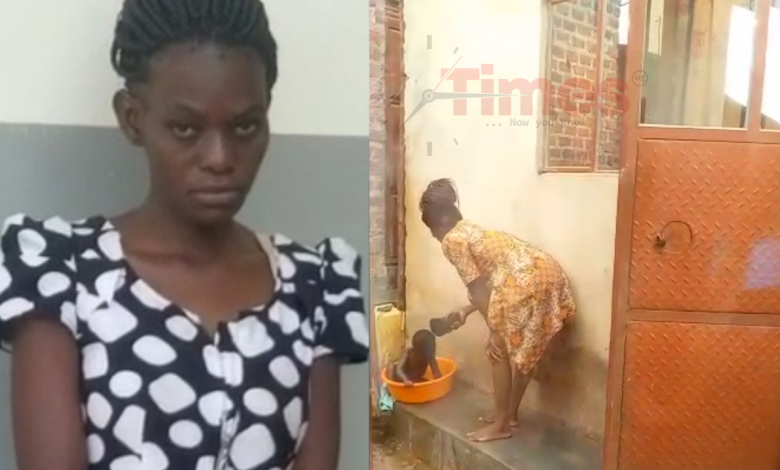 Nabulime Dorothy, who was seen abusing her 2-year-old daughter in a viral video on social media, has been detained by Ugandan police today, September 4.

After the video went viral, Dorothy, a 22-year-old woman from Wobulenzi in the Luwero District, was located and arrested by the Police.

According to the information obtained, the culprit has been charged to court and the victim has been given to close relatives while the crime is being investigated.

In a statement, the Ugandan police also stated that the suspect would appear in court on Monday to answer for her deeds. The @PoliceUg has today arrested Nabulime Dorothy who is seen in the viral clip circulating on social media assaulting her 2 year old daughter. She will be produced in Court on Monday to answer for her actions. pic.twitter.com/vkgNOYArkk