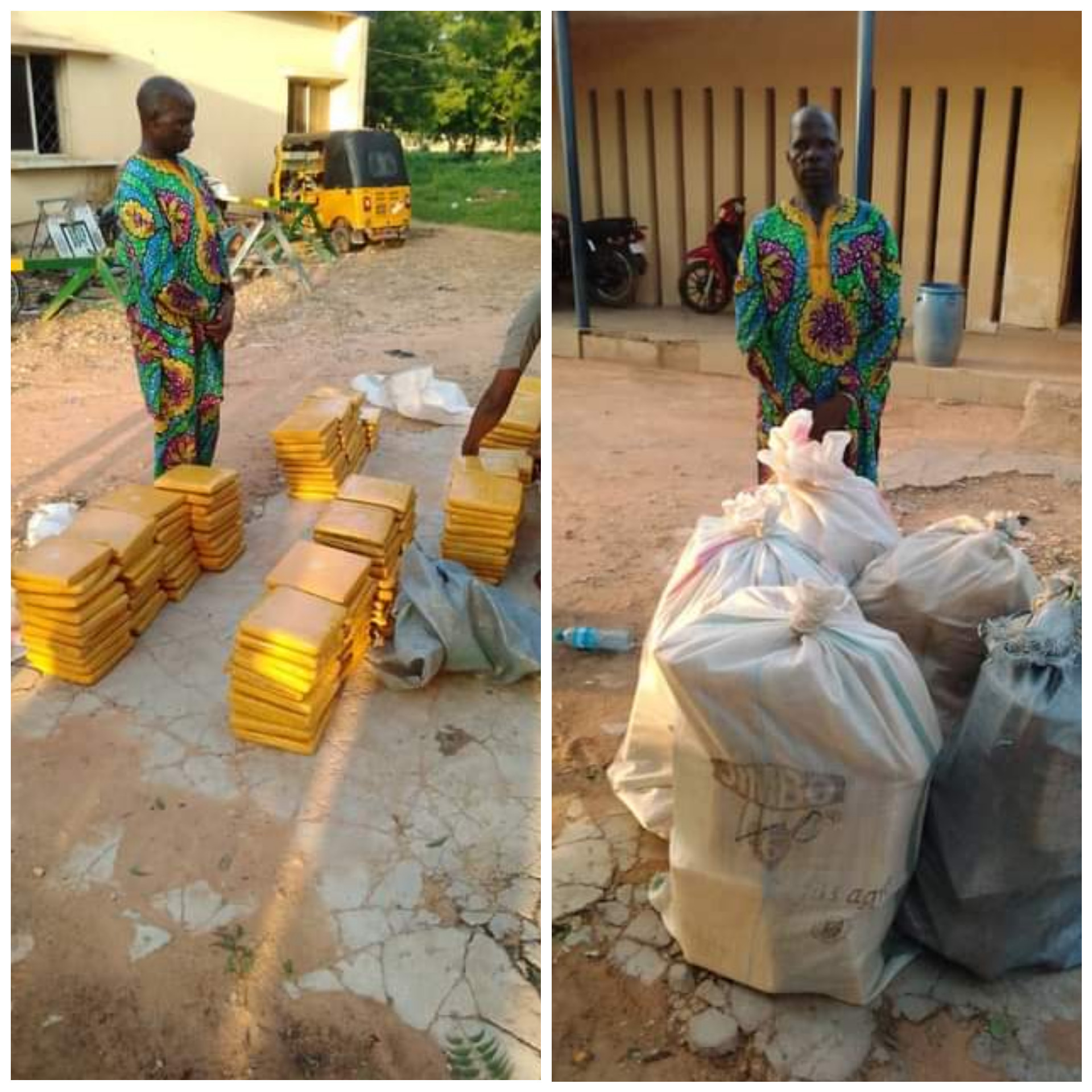 Abdulrazak Ajibade, a notorious Indian hemp trader, has been detained by the Katsina State Police Command, and 185 wrapped packets of dried leaves thought to be Indian hemp have also been recovered from the suspect.

The suspect was apprehended along the Katsina-Dutsinma route, according to SP Gambo Isah, the command’s spokeswoman, who made the announcement in a statement on Sunday, September 4.

“On 4/09/2022 about 1600hrs, based on credible intelligence, the command succeeded in accosting one Abdulrazak Ajibade, ‘M’, aged 58yrs, of OFa LGA of Kwara state, along Katsina- Dutsinma road, in possession of a motor vehicle, Volkswagen, maroon in colour, with registration number JBY 311 AA.”

“In the course of investigation, one hundred and eighty five (185) neatly sealed percels of dried leaves, reasonably suspected to be Indian Hemp were recovered inside the vehicle during police search. Suspect confessed to the commission of the offence and is assisting the police in their Investigations. Investigation is ongoing.”