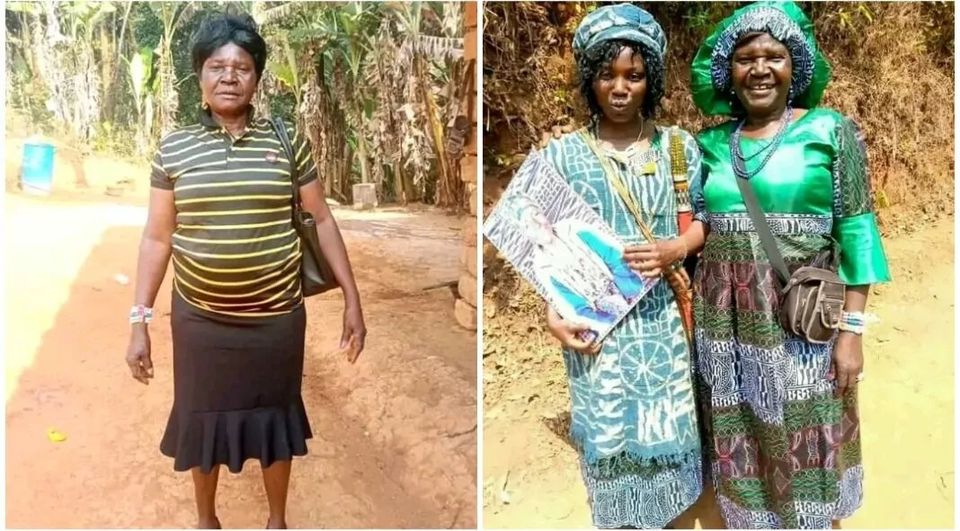 A woman was murdered while she was sleeping by her son’s third wife in Fongo Ndeng, West region of Cameroon.

It was learned that the deceased known only as Mama Cecilia had personally traveled to another household for reasons she knew best in order to arrange the 3rd wife for her son.

According to a source with knowledge of the story, Mama Cecilia took the newlywed in to live with her, presumably to assess her character before giving her to her son.

The source said during the night, her daughter in-law walks to her bed and allegedly butchered her while she was sleeping. She cut off her neck and buried it in the bush in the night.

The young woman who is already five months pregnant returned to her bed and slept till the next morning.

However, the girl surrendered to the authorities the following morning after claiming that she committed the crime because the woman was using witchcraft to obstruct her progress.