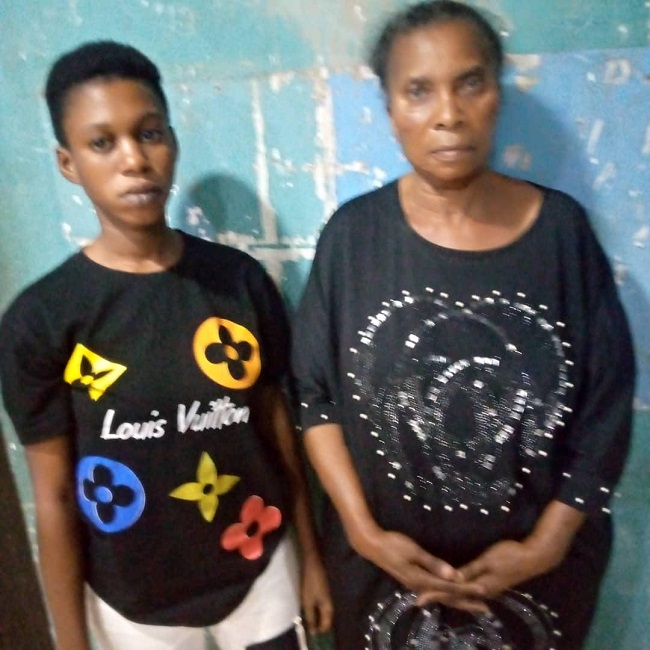 The suspects were detained as a result of information that police at the Agbado divisional headquarters had received that Christiana Iyama, who resides at No. 4 Ibrahim Famuyiwa Street in Agbado, Ogun State, is running a factory where she used to house young girls and pay men to impregnate them, then collect their babies when they are born and sell them to her eager customers.

Following the information, SP Awoniyi Adekunle of the DPO Agbado division dispatched his men to the location where Christiana D’ivoire Iyama and Margaret Ogwu were arrested.

According to preliminary inquiry, Margaret Ogwu was one of the girls who Christiana D’ivoire harbored. D’ivoire hired a man to impregnate her, then she retrieved the kid when it was born and sold it to one of her clients for N400,000 (four hundred thousand naira).

She also admitted to selling up to three children from other women to her various patrons, according to the police.

The case has been sent to the Criminal Investigation Departments for further investigation and diligent prosecution, per the directive of Police Commissioner CP Lanre Bankole.