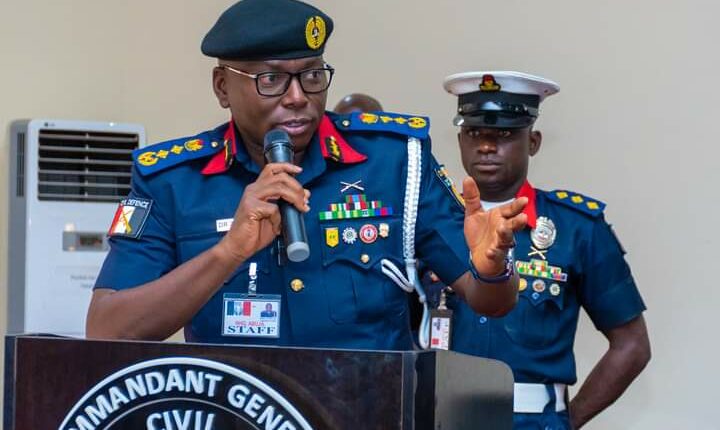 It was gathered that Nigeria Security and Civil Defence Corps (NSCDC) has dissolved its Anti-Vandalism Units nationwide.

Dr Ahmed Audi, its Commandant-General, gave the order for the dissolution on Tuesday in Abuja at a meeting with senior officers and all state Commandants of the Corps.

He said there had been insinuations and reports in the public domain that security operatives were likely involved in oil theft and related crimes.

“There are also reports that our officers are doing their jobs, but not satisfactorily enough,’’ Audi said.

He SAID the disbanded squad would be reconstituted in due time for better service delivery.

He said the issue of oil theft had been of great concern to the Federal Government and warned that the corps would not condone sabotage or compromise in the protection of oil installations.

Audi also directed that all illegal road blocks by the anti-vandalism squads be dismantled immediately.

“We’ve gotten information that some road blocks were not approved, so those are the ones that will be dismantled,’’ he said.

A recent viral video had shown some NSCDC personnel in acts of extortion.

Audi directed an investigative and disciplinary panel to look into the situation surrounding the report in the video and suggest disciplinary actions to be taken, if any.