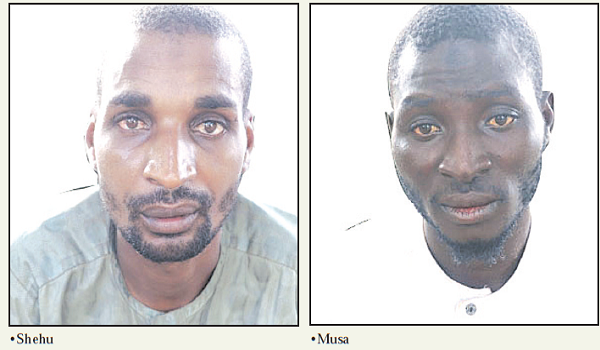 A 31-year-old suspect, Umar Shehu has revealed that he gets N100,000 for every 500 rounds of ammunition delivered to bandits.

The suspect who was paraded at police headquarters, Minna, Niger State, said he supplied arms and ammunition to bandits in Madaki forest, Katsina State, and in Maidaro forest in Kaduna State, as well as to a terrorist in the Kwamba-Maje area of Suleja, Niger State.

Shehu revealed he got the arms from one Abdulmani in Taraba State who was killed in Kaduna early this year by a security squad.

Speaking to newsmen, Police spokesman Abiodun Wasiu said that Shehu was arrested at Dikko Junction in Gurara council of Niger State after a tipoff.

Seven suspects including an alleged informant, Nasiru Musa, were also arrested in connection with the kidnap of four persons, two of whom were killed in Rafi council of the state.

The four persons were abducted in November 2021 and taken to a forest. Two of them reportedly escaped while the two others were killed by the bandits after collecting a ransom of N13 million.

Wasiu said the kidnappers were plotting to kidnap Rafi council chairman before Shehu was arrested.