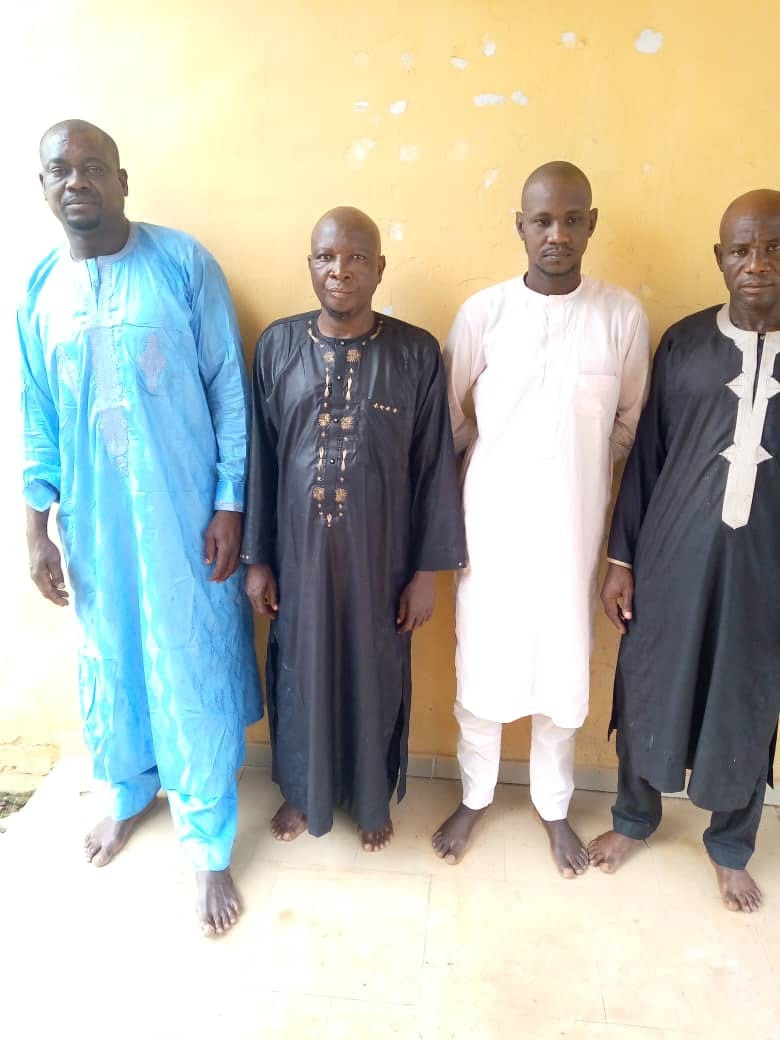 The Niger State Police Command has arrested four notorious fraudsters who pose as spirits (Aljannu) to swindle members of the public.

Spokesperson of the command, DSP Wasiu Abiodun, who disclosed this in a statement on Tuesday, September 6, said luck ran out of the suspects after they defrauded a victim of the sum of N1.3m.

“On 04/09/2022 at about 0820hrs, Police operatives attached to SIB Minna, through technical intelligence arrested four (4) notorious fraudsters at Shango area of Minna who specialized in defrauding unsuspecting members of the public,” the PPRO stated.

“Preliminary investigation revealed that the suspects made a phone call and lured a victim who resides at Sauka-Kahuta Minna, informing him that the caller is a spirit (Aljannu) and ordered the victim to open a bank account, get a new sim card and drop the account details with the sim card at a location in Minna for the victim to get financial assistance from the spirit

“The suspects subsequently use the account details to defraud another victim from building materials market of the sum of 1.3 million naira through a fraudulent business transaction. Suspects arrested, case is under investigation

“All suspects will be arraigned in court for diligent prosecution immediately after investigation is concluded,”

Meanwhile, the state Commissioner of Police, CP Monday Bala Kuryas, has reassured members of the public that the Command will not relent in the fight against crime and criminality towards a better secured environment in the State.

He equally admonished residents and Nigerlites to be wary of fraudsters and avoid unrealistic returns of money without any legal investment.