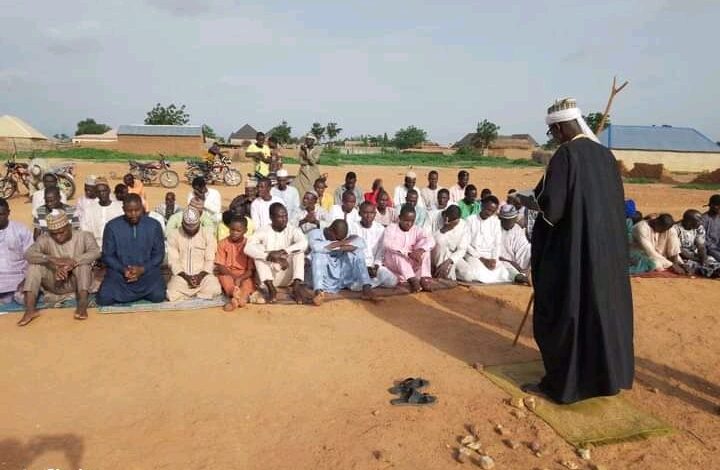 43 worshipers who were kidnapped by bandits last Friday from a main mosque in Zugu village of Bukkuyum Local Government Area of Zamfara State have reportedly been freed.

Following days of negotiations, the kidnappers agreed to accept N5 million in exchange for the release of the captives, who had previously been forced to work hard on the terrorists’ farms.

“One of the captives has died in the hands of the captors. The abducted worshippers were kept at a hill between a community known as Marina and an expansive dreaded forest called Barikin Daji in Gummi Local Government Area of the state,” a source said.

“They were subjected to physical labour without rest or food. The captives are looking haggard and fatigued. Some of them can’t sit, stand or talk.”

After receiving the ransom, the hoodlums reportedly asked the families of the kidnapped worshippers to pick up the victims at the Barikin Daji jungle.

A resident, who craved anonymity, said, “The community, thereafter, mobilized and dispatched several motorbike riders to the forest and they were taken out of the bush in batches because of their large number.

“They were ferried to the side of Daki Takwas-Zuru highway where they were picked by the waiting vehicles to their community.”