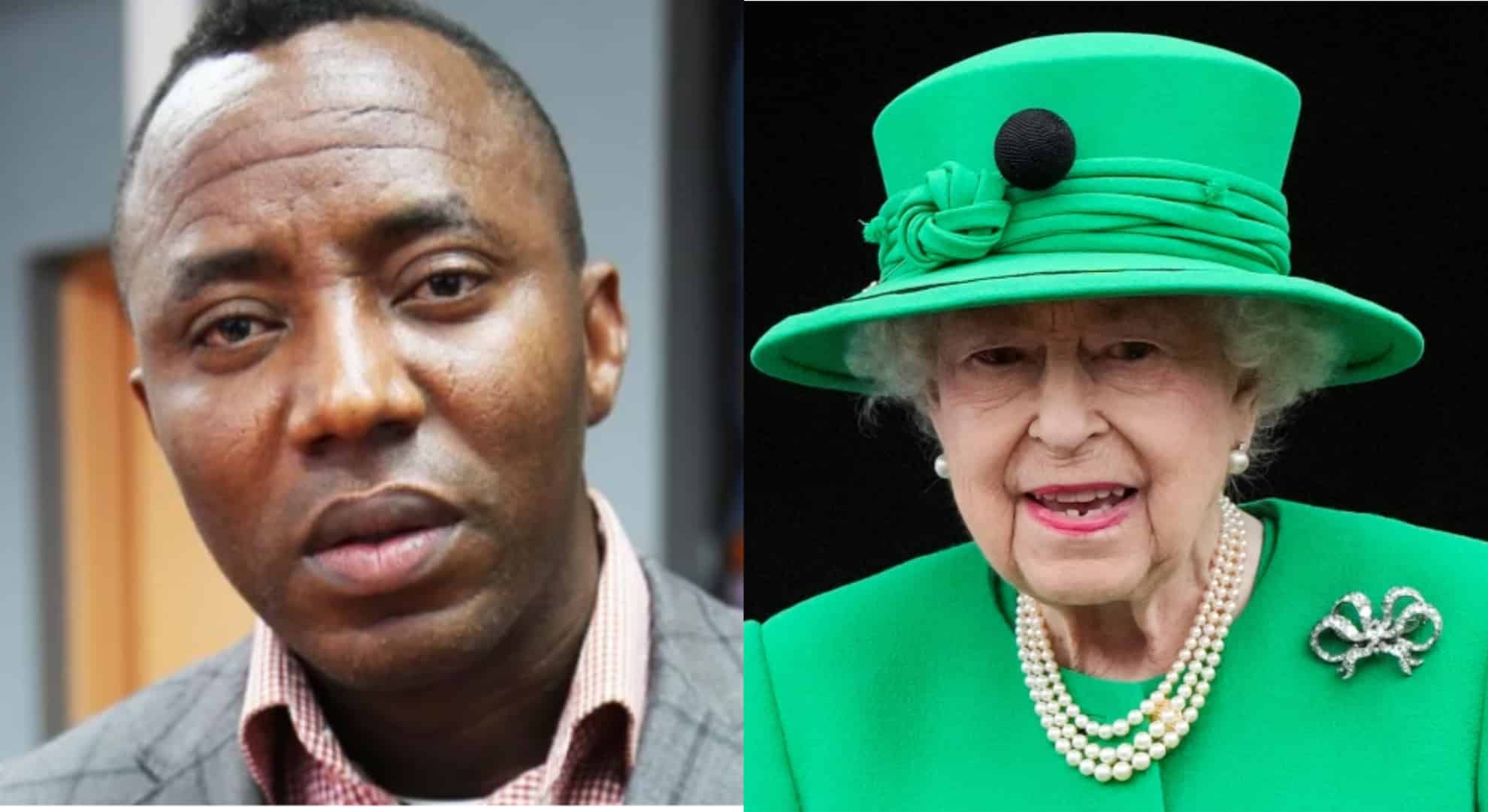 She died peacefully on Thursday afternoon at her Scottish estate, where she had spent much of the summer.

The presidential candidate of the African Action Congress (AAC), Omoyele Sowore, has sparked a controversy.

He got people talking on Friday when he asked Nigerians not to honour late Britain’s Queen Elizabeth II.

She died peacefully on Thursday afternoon at her Scottish estate, where she had spent much of the summer.

The Queen came to the throne in 1952 and witnessed enormous social change.

Her son, King Charles III said the death of his beloved mother was a “moment of great sadness” for him and his family and that her loss would be “deeply felt” around the world.

Reacting to this development, Sowore in a post on Facebook said: “Don’t mourn the Queen. She didn’t die for you! The death of the Queen should herald the end of the ‘Commonwealth’ #WeCantContinueLikeThis.”

Don’t mourn the #QueenElizabethII, she didn’t die for you! The death of the of the Queen of England should herald the end of the @commonwealthsec #WeCantContinueLikeThis

Meanwhile, Nigerians have reacted angrily to the post. Below are some of such comments:

One Kunle Oloko said: “I can’t even imagine you being a councilor in any local government in Nigeria.”

Akilu Abdul Kinging said: “We will mourn her, she is not the reason why you got 50thousand votes in presidential election. Consult widely.

“May your soul rest in peace Her Majesty!”

Umar Adisa Oladele wrote: “There nothing making sense in this, we lost a great person, it’s not like we are crying it’s all a simple prayer rip queen.”

Ashiwaju Oluwamuyiwa Omo Ajisafe said: “Sowore? Some times you will get it right while sometime you will just like to congratulate your shadow. Your view concerning Queen is different from others realistic way of reasons word.

“People mourn Queen because of her humanistic perspective. Not her position or her personality.

“We are all humans. So, it is necessary to mourn her brother. God bless you and more wisdom and knowledge to upgrade your better opinion into this world of truth for truth.”

Jumoke Akindele: “So the Commonwealth is Nigeria’s problem? Why didn’t you identify it before? You just latch on to every topic and make it yours. So the Queen, dead or alive, is Nigeria’s immediate problem? My brother, proffer solutions that we can relate to and how you plan to solve the problems of insecurity, hunger and poverty bedevilling this Nation of paradoxes instead of carrying a gong on every issue however remote it is to your cause. This is beyond irritating.”

Citizen Nagaziman: “Is it your Mourning? Oga, reduce your Intake.”

Nurudeen Olaosebikan Musa: “Why won’t they mourn the queen, when they’re more British than Being Nigerian. Alaafia of Oyo passed on, the mumus couldn’t write simple RIP on their wall for him, now their grandma don kpayin.”