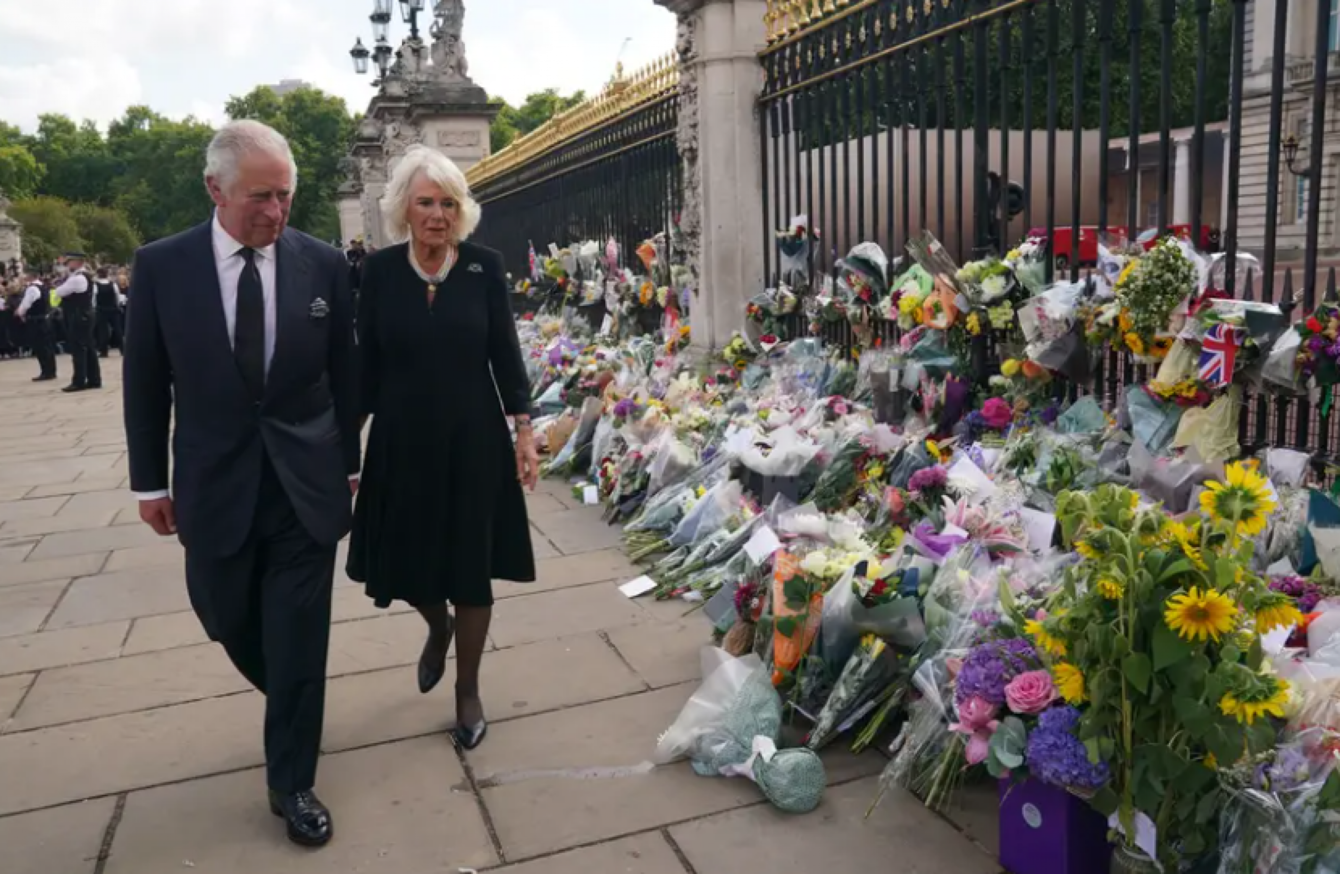 King Charles III has arrived at Buckingham Palace from Balmoral Castle, a day after the death of his mother Queen Elizabeth II.

Key points:
King Charles will make his first address as monarch on Friday (local time)
He will meet with Prime Minister Liz Truss in the afternoon, according to a spokesperson
Preparations are underway to transport the Queen’s body back to London
The new King shook hands with well-wishers and viewed tributes left outside the palace in honour of his mother, as the UK has declared 10 days of national mourning ahead of the Queen’s funeral to be held at Westminster Abbey in London.

The Queen, who was 96, died at Balmoral just after 6:30pm on Thursday local time (3:30am Friday AEST), hours after her doctors said they were “concerned” for her health.

“The Queen died peacefully at Balmoral this afternoon,” a statement from Buckingham Palace read.

She was the United Kingdom’s longest-reigning monarch, serving 70 years on the throne with 15 prime ministers.

At about midday on Friday, King Charles III and Queen Consort Camilla boarded a plane at Aberdeen Airport and were expected to travel to Buckingham Palace.

He will make his first address as monarch on Friday at 6:00pm local time (3:00am AEST).

The King will be officially proclaimed the new monarch of Britain and the Commonwealth at a meeting of the Accession Council at St James’s Palace on Saturday at 10:00am local time (7:00pm AEST), Buckingham Palace said.

The meeting proclaims the new sovereign and sees the King sign an oath to uphold the security of the Church in Scotland.

Following the meeting, there will be the Principal Proclamation from the balcony overlooking Friary Court at St James’s Palace, with other announcements of the new monarch made across the United Kingdom and in the City of London.

In a statement, King Charles earlier said the death of his mother was a “moment of the greatest sadness for me and all members of my family”.

“I know her loss will be deeply felt throughout the country, the Realms and the Commonwealth, and by countless people around the world,” he said.

Bells tolled at churches across England and Scotland 96 times — the number of years of the Queen’s life — from Westminster Abbey and St Paul’s Cathedral in London to Windsor Castle.

Prime Minister Anthony Albanese spoke with Ms Truss over the phone, extending his condolences to the government and people of the United Kingdom.

King Charles III’s eldest son and heir Prince William, the Duke of Cambridge, has also left Balmoral and is returning to Windsor.

Meanwhile, preparations are underway to transport the Queen’s body to nearby Aberdeen, Scotland for her final journey back to Buckingham Palace in London.

After the Queen’s body is taken to Aberdeen, it will then be loaded onto the Royal Train for a journey down Scotland’s east coast to Edinburgh.

Kilted soldiers will form guards of honour at stations along the way, and mourners are expected to line the route.

In Edinburgh, the Queen’s coffin will lie at the official royal residence, Holyroodhouse, for a day.

The next day, it will then be carried in procession through Edinburgh’s historic centre, up the Royal Mile to the ancient St Giles’ Cathedral, near Edinburgh Castle.

After the ceremonies in Scotland finish, the Queen’s body will be put back on the Royal Train from Edinburgh’s Waverley station to St Pancras in London.

Members of the armed forces and emergency services will form an honour guard on every platform of the route.

Large crowds are expected to gather and the train is expected to travel slowly down the East Coast Main Line to allow people to pay their respects and share tributes.

Her body is then expected to be taken to Buckingham Palace’s throne room before lying in state for four days at Westminster Hall.