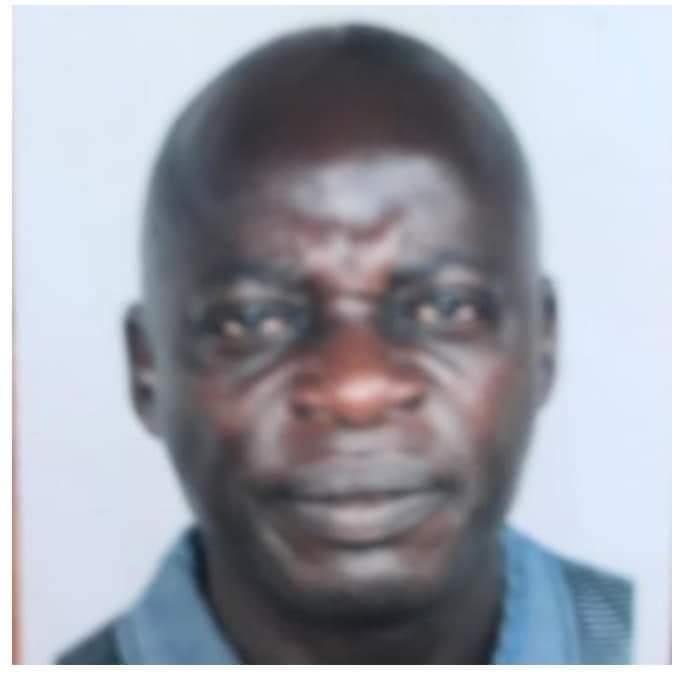 His Ibadan family members traced, said that he last visited them in 2018 and they could not contact him since then. They thought he was always coming from Port Harcourt.

So far, the police appeared to have all the info. They will trace his Port Harcourt building and wife. He appeared to have two children. His daughter is in USA. He got a Visa to visit her after Odun Ileya in 2018, then the man died and the daughter apparently could not trace him.

Please, don’t stay alone in an isolated new site bushy areas. Let those working for you, people like bricklayers, carpenters, mechanics, tailors, let them know one or two of your extended family members.

The mechanic helped him to buy his car. He told the carpenter that he had a block of 4 flats in PH. That he separated from his Igbo wife and she sent him packing from his building in PH. Police must recover the building. The daughter should be traced through the Visa. She knew what happened between her parents !!!
Advertisement

His phone, his TV, his laptop, his Coartem medicine, his herbal tea packet, were all intact covered with dust. He was apparently treating malaria fever.

The Police in Oyo State have announced that they have located and contacted the family members of the man whose skeleton was found in his house recently.

A statement by the police in Oyo State said family members of the deceased confirmed that the deceased’s name was Aderemi John Abiola and that he was last seen around 2018.

The statement signed by the command’s Public Relations Officer, Mr. Adewale Osifeso, said the discovery was a result of “solid partnership and provision of credible information to the Oyo State Police Command.”

Police Command said: “Anchoring on the strength of solid communal partnerships and provision of credible information to the Oyo State Police Command, on Sunday 04/09/2022 at about 1400hrs, representatives from the Landlord/ Landlady’s Association of Idi-Orogbo, Adeosun, Life Forte Area, Awotan, Apete, Ibadan reported a case of suspected sudden and unnatural death at Apete Divisional Police Headquarters.

“In swift coordinated response to the information provided, the Divisional Police Officer and a team of crime and forensic detectives approached the three-bedroom block residence of the deceased and found his remains glued to his beddings lying upward with no visible signs of struggle at a glance.

Preliminary findings from residents of the community and the driver’s license found in his wallet revealed that the deceased was indeed Aderemi John Abiola and was last seen around 2018, a fact corroborated by family members of the deceased when contacted by detectives of the Command attached to the SCID.

Furthermore, the Commissioner of Police, Oyo State Police Command, CP Adebowale Williams while appealing to well-meaning members of the public for assistance regarding the provision of useful information has also directed the immediate transfer of the case to the Command’s apex investigation body, the State Criminal Investigation Department (SCID).

“In furtherance of the above, the scene has since been cordoned in the interest of public health and safety to enable the completion of the investigation aimed at demystifying the possible cause of death.

“Lastly, the case is actively monitored with the assurances of detailed updates provided accordingly, please.”