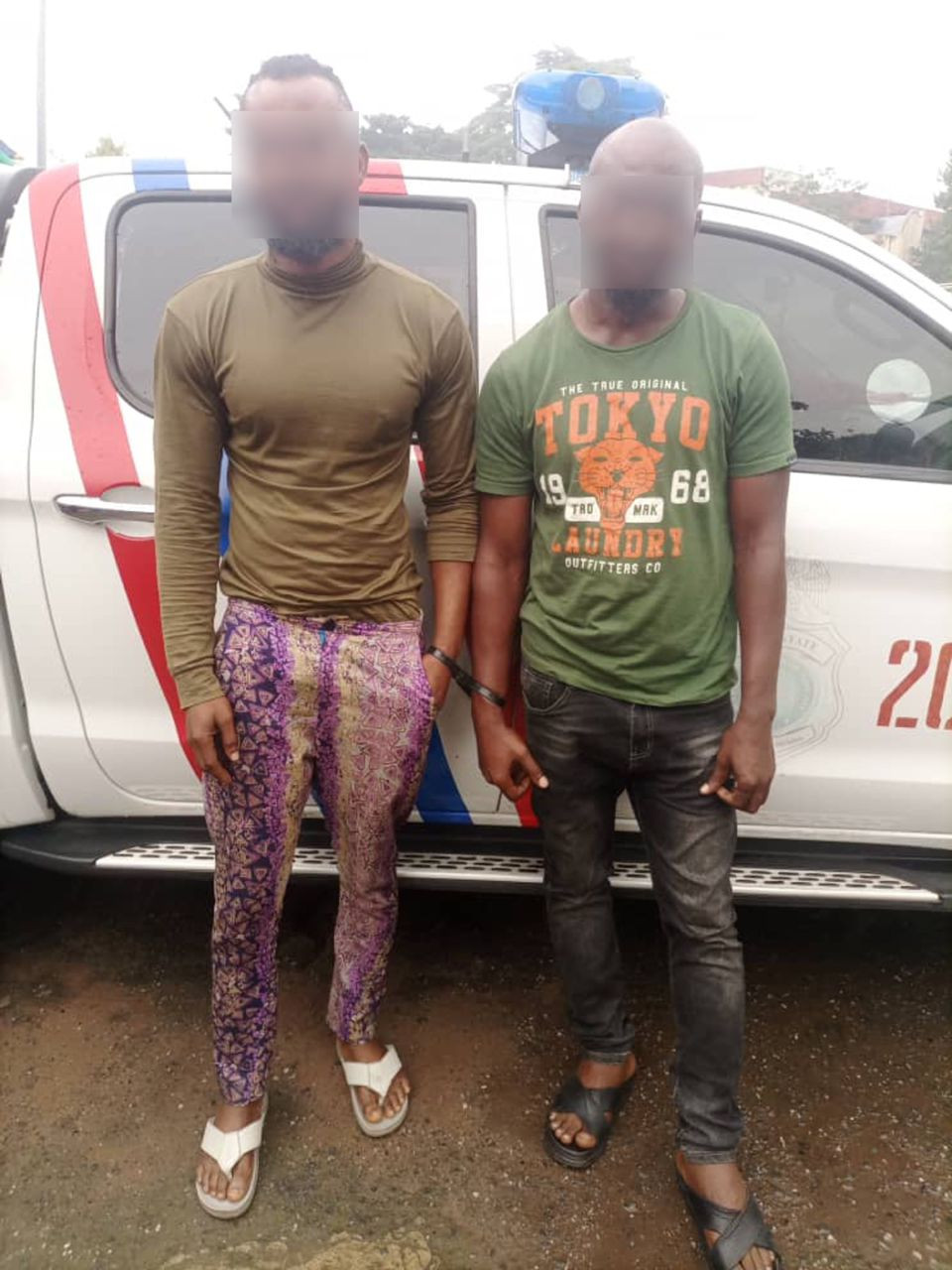 They perpetrated the assault inside a Nissan Almera 2017 model in Alausa Business District, Ikeja.

RRS officers on patrol stopped to check a parked black Nissan Almera at M.K.O. Abiola Gardens Road when they noticed the car.

The operatives observed that the victim was unconscious and not responding to instructions.

The officers rounded up the suspects and drove the lady to RRS Headquarters for medical attention where she regained consciousness.

Preliminary investigation showed that the lady met the suspects at a club around Ikeja Shopping Mall and then consented to lodging in a hotel, before they stopped midway.

Commander RRS, CSP Olayinka Egbeyemi, acting on the instruction of Commissioner of Police Abiodun Alabi, has transferred the case to the Police Gender Unit.