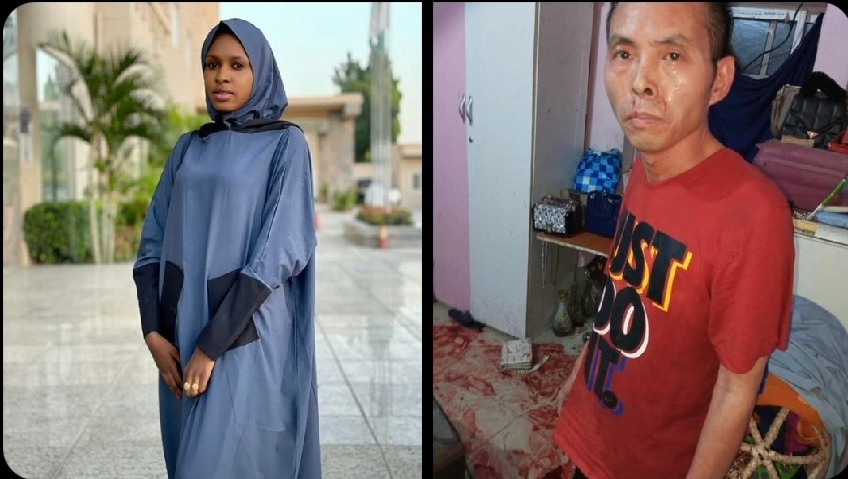 Ummu Kulsum Sani Buhari, the lady killed in Kano, has been buried in Kano State in line with Islamic rites.

It was gathered that her body was interred around 11 am on Saturday, with family, relatives, friends, and mourners in attendance.

The 23-year-old victim, also known as Ummita, was allegedly murdered by a Chinese man identified as Mr Geng.

Geng was said to have gained entrance into the residence by jumping over the fence, and the sneaked into his target’s room.

The deceased, a graduate of Agriculture Science from Kampala University in Uganda, was a member of the National Youth Service Corps (NYSC) in Sokoto.

Geng had a relationship with Ummita for about two years before she settled for another man within the city.

But she returned to her family home after the marriage crashed. Geng, who is yet to get over his heartbreak, tracked Ummita and allegedly stabbed her to death.

Geng is in the custody of the Police Criminal Investigation Department (CID) after operatives saved him from mob action.