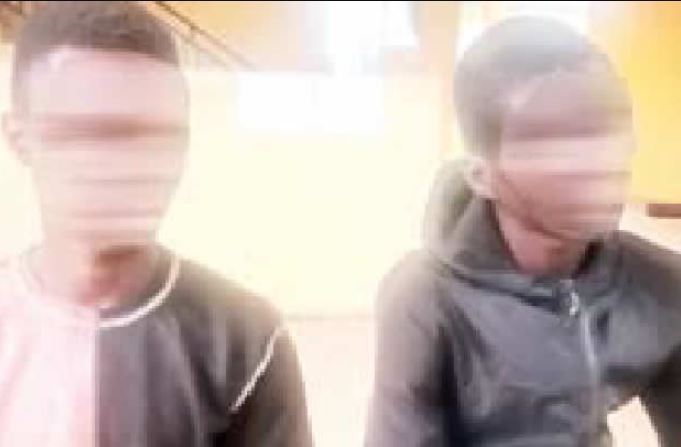 Bricklayer Adamo Aliyu, who was recently detained together with four other people on suspicion of murder and robbery, has made a startling confession. He claimed he had lost track of how many individuals he has killed.
Aliyu, a resident of Ikire, Osun State, together with his companion Yusuf Idris and three others paraded by the state police command in Osogbo are accused of Killing Fatai Adigun, a manager of a gas station, in the Aku Area of Ikire.

The 24-year-old, who admitted to killing the gas station manager, claimed Idris’ father recruited him to carry out the murder and that they were paid N250,000.

In an interview, the artisan, who claimed to have lost both of his parents when he was a young boy, added, “I have lost count of the number of people I have killed“. In the area of Ikire, we have also stolen a number of motorbikes. Typically, we sell to other communities. I must have murdered over ten people.

“I work with Yusuf Idris. His father contracted us to kill the man. I was told a woman gave him the job. We went to the petrol station early in the morning and met the man there. My friend, Idris, hit him with a weapon on the head and he died.

“We stole N100, 000 there and fled. After selling motorcycles that we snatched, I made over N1.5m but I squandered it on food, dresses and Indian hemp.”

Speaking to reporters, the state police spokeswoman, Yemisi Opalola, said acting on intelligence on September 3, after a robbery operation at Koteyemu/Aku area of Ikire, police from Ikire Area Command in joint operation with the civilian volunteers moved to the area and arrested a suspect, Adamo Aliyu.

Opalola said, “The police, not resting, extended investigation to some areas of Ikire where three cohorts of the principal suspect were arrested from their various hideouts within the town. Subsequently, the case was transferred to the Anti-Cultism Unit for discreet investigation.

“The unit immediately swung into action and arrested the 5th suspect. In the course of further investigation, the first suspect, Adamo Aliyu, made a confessional statement that on 28/08/2022 himself, Damilola Kayode, Yusuf Idris and Odewumi Sodiq, respectively conspired and killed a fuel station manager, one Fatai Atanda Adigun, ‘M’ Aged 55 years along Ikire expressway in the Irewole Local Government Area of Osun State and carted away sum of N100,000.”