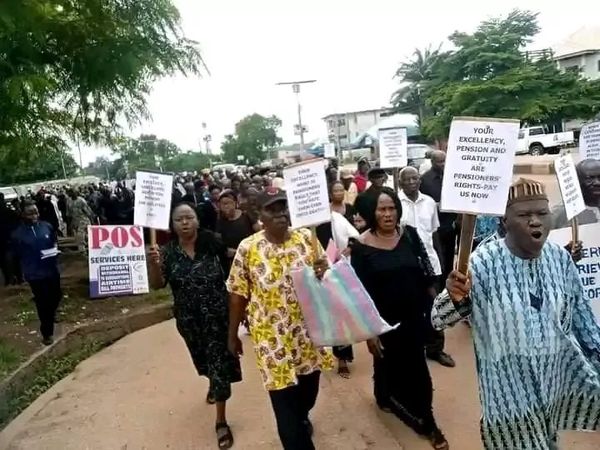 Retire pensioners in Benue state have stormed the government house in Makurdi as a result of nonpayment of their gratuity (Benefits).

According to a pensioner, the Benue government, under the administration of Governor Samuel Ortom owes them no fewer than 80 months salary arrears.

The retiree expressed disappointments that after having spent 30-35 years of dedicated services, they are being denied their entitlements.

It was  learned that some pensioners at the state and local levels were being owned 37 and 74 months arrears.

The protesting retirees marched to the state assembly complex where they were addressed by officials of the assembly.