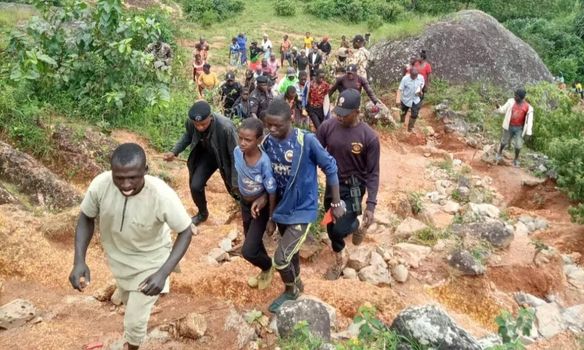 A 60-year-old woman identified as Laraba Dauda, has been shot dead by gunmen believed to be Fulani militias.

It was gathered that the incident reportedly happened in Mere village, Rahoss Community, Riyom Local Government Area of Plateau State.

According to a witness, the incident happened on September 19, 2022, when the deceased was returning firewood.

“The deceased woman went to fetch firewood yesterday, but was not back home up to late evening hours. The alarm was raised and the villagers went out in search of her, but couldn’t trace her until this morning when we were able to stumble on her corpse in the bushes this morning,” the witness narrated.

“After a vigorous search when there was still heavy dew, we never knew we were almost getting to the spot where the slaughtered woman was laying. We spotted armed Fulani amongst whom is one of the suspects arrested. He threatened to fire at us immediately the dew varnished but we hurriedly took to our heels for escape until the arrival of security agents shortly after the suspected attackers had fled.”

The witness also stated that when security personnel arrived in the neighborhood, they pursued the armed individuals and ultimately detained eight militia members.

The eyewitness also praised the members of Operations Safe Haven and the Divisional Police Headquarters staff in the local government of Riyom for their prompt action after being informed of the occurrence.

Spokesman for the State Police Command, DSP Alfred Alabo, who verified the occurrence said seven people have been detained in relation to the homicide.