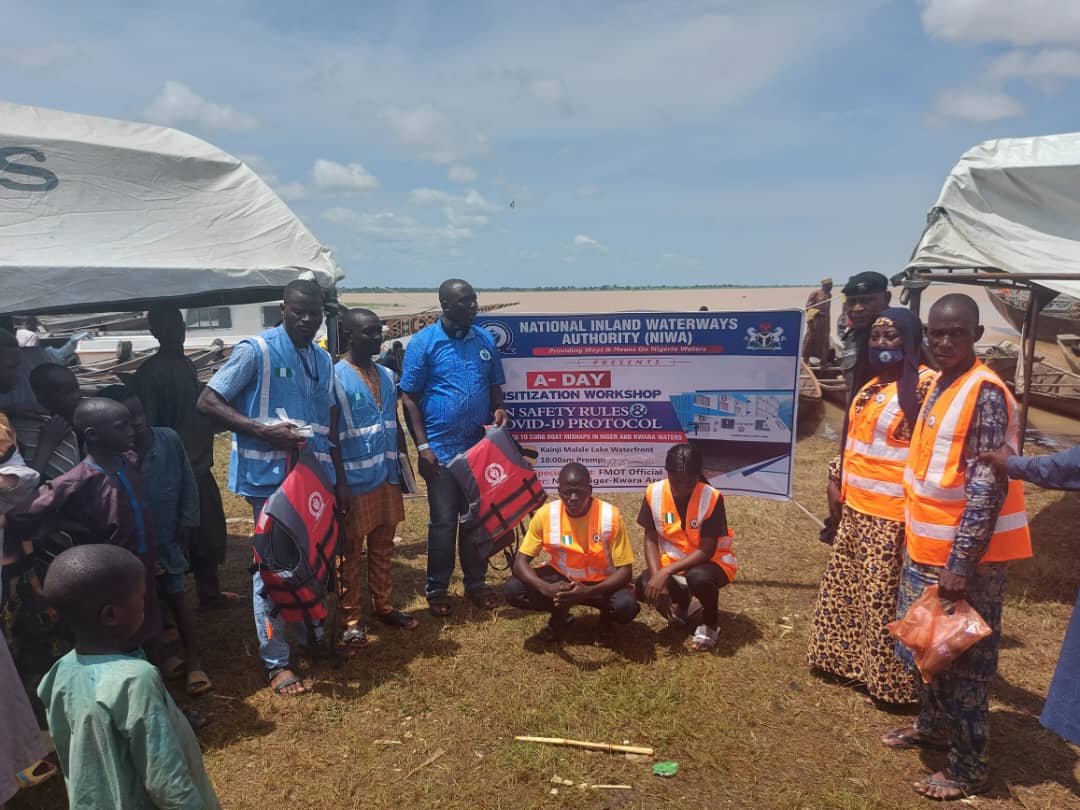 The National Inland Waterway Authority, NIWA, Niger and Kwara States Area Office has warned operators of boats in the two States to adhere to the operational code on waterways or risk seven years jail term.

The Area Manager of NIWA, Mr. Akapo Adeboye stated this during a sensitization workshop to the people of Niger and Kwara States on Flood Action and Safety at Kainji Lake Malale Waterfronts of River Niger Channels.

He cautioned boat owners in the two States against overloading, overspending, non-enforcement and usage of life jackets, search and rescue as well permits acquisition to avert boat accidents.

The Area Manager also revealed that the sensitization workshop was part of preparation towards next Wednesday’s commissioning of the P B Port Harcourt Fibre Patrol Safety and Surveillance Boat on Kainji Lake Malale Waterways.

According to him, NIWA Safety Agents will be inaugurated as first responders for a search and rescue team, with two members each from Malale, Loko-Meme, Shagunu, Dunga, Lokoli and Garafini, as well as the Jebba axis of Kwara State.

“During the commissioning of the fibre Patrol Safety and Surveillance Boat on Kainji Lake on 28 September 2022, non-compliance may attract seven years jail term”, he stated.

Adeboye then presented life jackets to chairmen of boat owners and other stakeholders of the two States, urging them to ensure adequate usage.