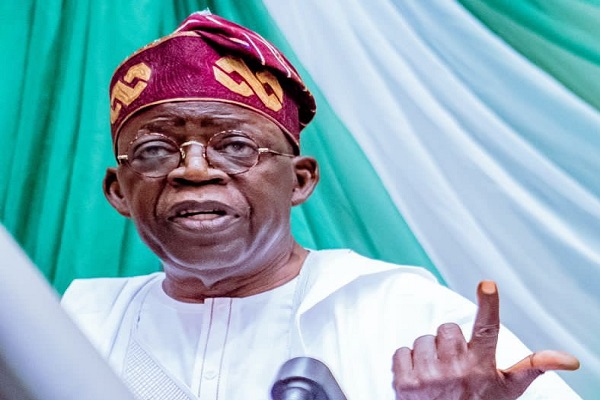 The Labour Party has called on the presidential candidate of the All Progressives Congress (APC), Bola Tinubu and his running mate, Kashim Shettima, to withdraw from the 2023 election.

The Labour Party also wants all the APC governorship candidates, the senatorial candidates, the House of Representatives and State Assembly candidates to drop their ambitions ahead of the 2023 elections.

This was disclosed by the party’s National Publicity Secretary, Abayomi Arabambi, in a statement to commemorate Nigeria’s 62nd Independence Day Anniversary.

According to the statement made available  on Monday, Arabambi accused the President Muhammadu Buhari-led APC government of running the nation into debt, saying Nigerians would not fail to vote out the APC if its candidates refused to resign honourably.

Arabambi maintained that the Buhari government in the first four months of 2022, revealed through the Budget and Planning Mininstry that the cost of debt servicing had surpassed its revenue in the four months under review.

He claimed that APC government spent a total of N4.2 trillion between January and April 2022 from the earmarked N17.32trillion for the whole year.

The LP spokesman quoted the Director-General of the Debt Management Office (DMO), Mrs Patience Oniha, as having confirmed that Nigeria’s total public debt stock representing domestic and external debt stock profile as at March, 2022 stood at N41. 60 trillion and N42.84TRN ($103.31billion) as at June 30, 2022.

Arabambi said that dividing the debt figure by 200 million Nigerians, including 50 million yet unborn, would mean that that “every Nigerian as at June 30 2022 is indebited to the tune of N170,000 naira each.”

He recalled that the Labour Party presidential candidate, Peter Obi, had on many occasions recommended that government’s borrowing must be at statutory 5% of the previous year’s revenue, saying, however, that the APC government ignored the wise counsel of Peter Obi.

He said, “It is necessary at this juncture for Nigerians to immediately join the cry for the demand for the resignation of the APC from the seat of government, now that it is not in doubt that it has finally ruined a substantial part of the future of Nigeria with its avoidable act of running the country into insolvency.

“The growing cluelessness of the APC in its incompetent management of the country’s econony is easily observed from the silly and unending oil subsidy deductions choreographed calculated scam.”

The Ogun politician held that the Federal Government can build two oil refineries with N11 trillion instead of wasting money on fuel subsidy.

He lamented that the APC government is proposing N6.7 trillion to fund fuel subsidy, while it is planning to borrow N11 trillion to support the 2023 Budget expenses.

“Fellow Citizens, the painful truth is that N11 trillion can build from scratch, two good refineries for the country.

“Unless we, the being wickedly mortgaged Nigerians as a collective pull resources and worth together to influence a change quickly in the political leadership of the country, it won’t be long when Nigeria will be turned into an extinct nation by the APC.

“LP has chosen to advise APC to immediately withdraw all its candidates from the 2023 elections and safe itself the embarrassment of repeated public lies and falsehood that has become its main character in government.

“No responsible Nigerian will try to insult his/her integrity by either secretly or publicly trying to canvas votes for the APC with its record of ethnic bigotry, official rascality and unheard-of incompetence and shameful cluelessness.

“It is now clear that APC has gone beyond a point where it can start to repent. It is so insulting and unintelligent.

“Nigeria now must be sure that the APC led Federal Government is bent on completely running Nigeria into irreversible poverty and misery.

“No one should be hesitant in becoming part of the political struggle to send APC out of Government if it fails to resign honourably right now.

“In view of this deliberate infractions, divisiveness, wickedness and lawlessness, Labour Party hereby calls for the immediate withdrawal of all APC candidates from the 2023 general elections so that Nigeria will not go into final extinction,” he submitted.