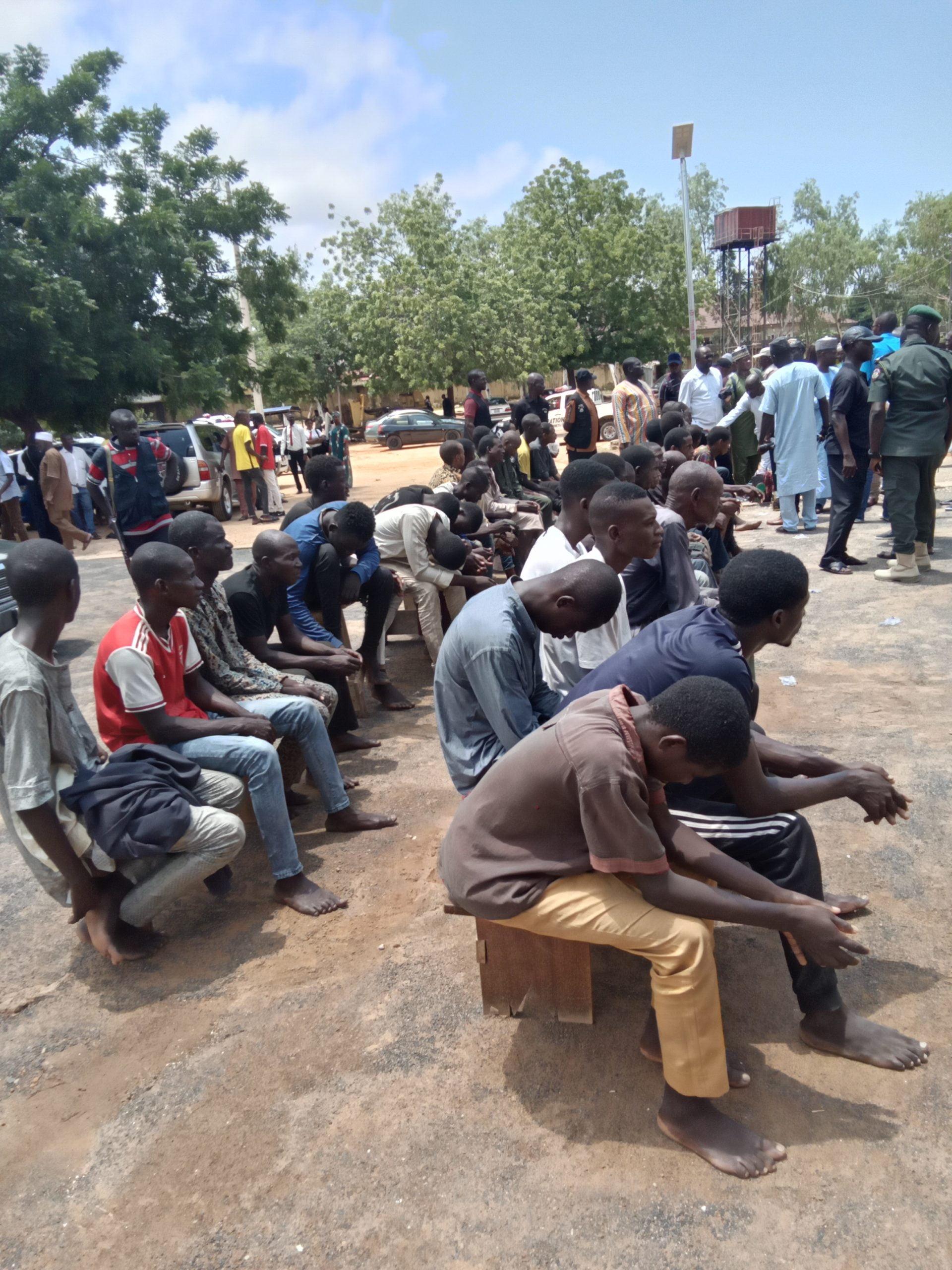 The Adamawa State Command of the Nigeria Police has paraded 44 people allegedly involved in kidnapping, robberies, and some other crimes

The state Commissioner of Police, Sikiru Akande, who paraded the suspects on Monday, said the command rounded up the suspects by executing a crime-fighting strategy to clear pathways for smooth electoral processes in the count down to the general elections of next year.

He said the suspects were apprehended in connection with kidnapping activities, culpable homicide, rape, causing grievous hurt, housebreaking, theft and other violent crimes.

The Commissioner said five AK 47 guns and two pistols and 31 rounds of ammunition were recovered from the suspects.