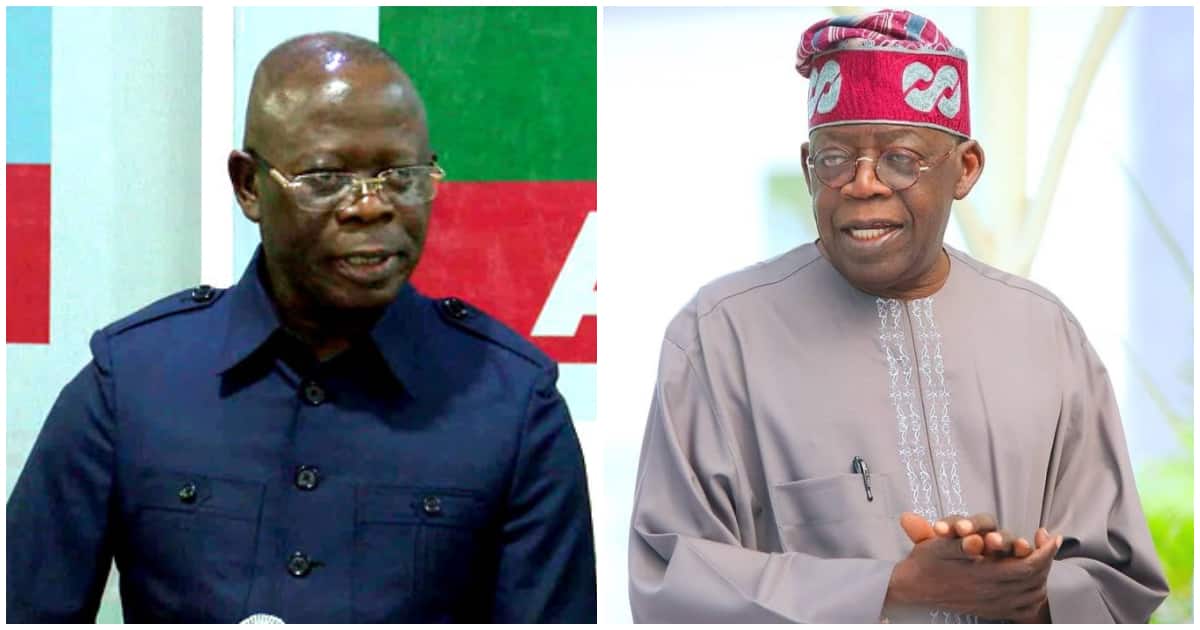 The former Governor of Edo state, Adams Oshiomhole, has admitted he does not know if the presidential candidate of the All Progressives Congress (APC), Asiwaju Bola Tinubu, is in Nigeria.

He was asked why the APC has not inaugurated their campaign council ahead of the 2023 elections.

“We are yet to inaugurate our campaign council because the Chairman (President Muhammadu Buhari) was away in New York,” Oshiomhole said.

Oshiomhole, however, added that since Buhari is back in the country, that will happen soon.

When quizzed about Tinubu, he responded: “I don’t report to him every day. So I’m not sure if he’s around or not.”

Reminded that he is the Deputy Director-General of Tinubu’s campaign team and should be working closely with him, Oshiomhole said: “That will be when the campaign council is inaugurated and my office is activated. That has not been done yet.”