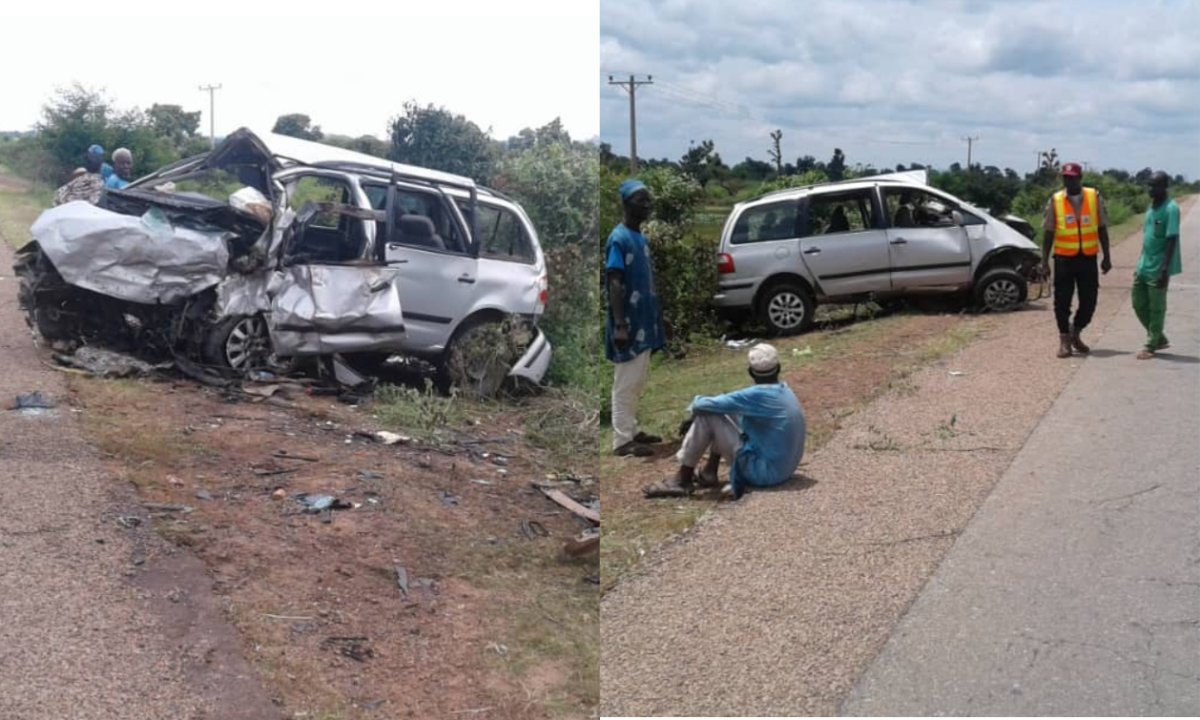 The Bauchi State Command of the Federal Road Safety Commission (FRSC) has confirmed that four people were killed in a motor accident.

According to the report, the number of people involved was 11, all male, out of which seven adults were injured while four male died.

The Vibe Pontiac car was driven by one Dr. Yahaya Usman Muhammadu.

The FRSC said the possible cause of the crash was speed limit violation and loss of control at a point where the road condition is paved.

The victims were taken to the General Hospital in Ningi for immediate treatment of the injured and confirmation of the dead as reported.