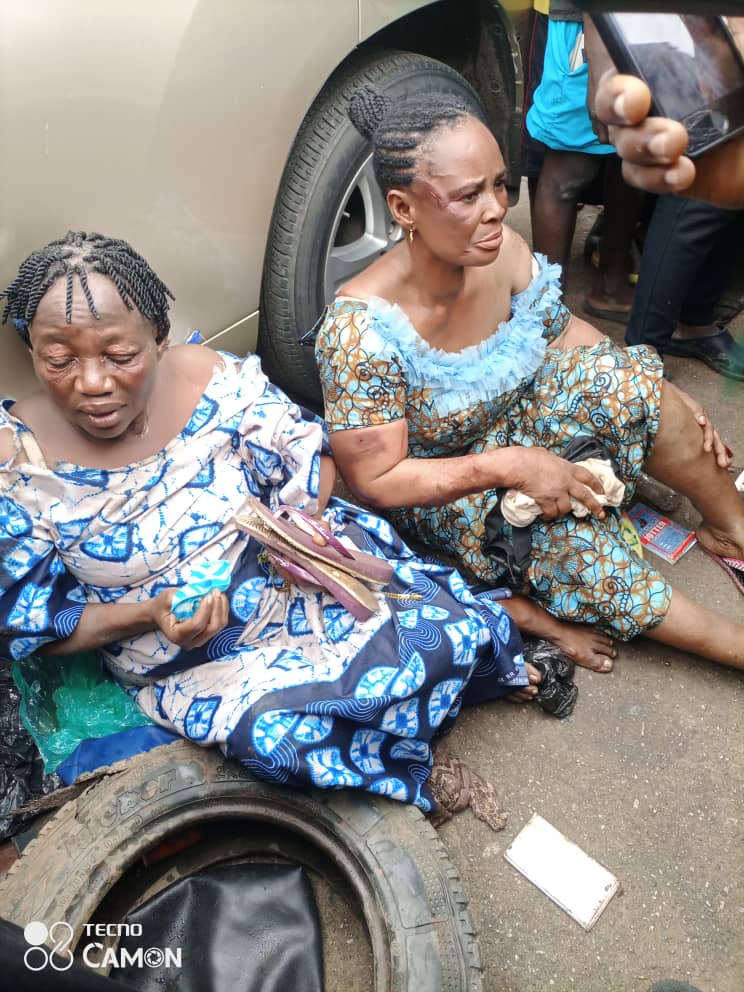 Yesterday at Mr Biggs Bus Stop along Ikosi Road Ketu around 1400hrs, four kidnappers were caught. Two escaped but were later caught when trying to escape through the gate that leads to Ketu Fruit Market but on getting there they found that the gate was locked.

The Information gathered was that they tapped a little girl’s chest and she started following them, the person that knows the girl noticed and called her by her name but she did not answer, at that point the person alerted those at the garage and suspected kidnappers were apprehended.

They tore their clothes and beat them mercilessly, the Nigeria Police later came with their van and took them away.

Just look at the elderly people kidnapping in Lagos..