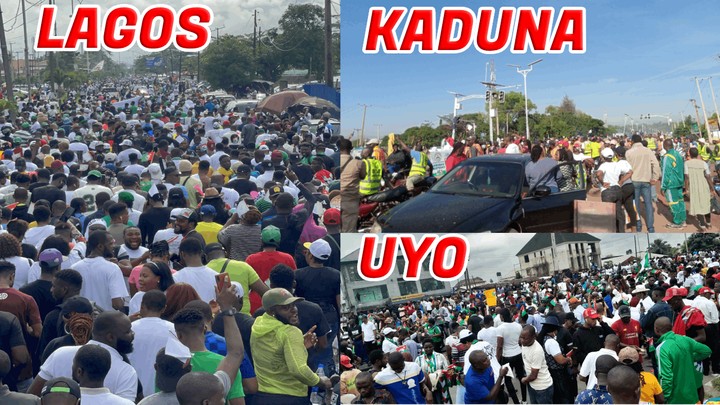 Supporters of the presidential candidate of Labour Party, Peter Obi, on Saturday defied all odds to stage a massive rally in Lagos and other parts of the country.

The supporters popularly known as Obi-dients, defied the warning by authorities to march in solidarity for Peter Obi and his running mate, Datti Ahmed.

In Lagos, the supporters defied the early morning downpour amid tight security to hold the rally.

Major streets and roads were taken over by the campaigners, thereby causing gridlock in the nation’s commercial hub.

Similarly, in Kaduna State, supporters of Obi dared the state governor, Nasir El-Rufai to hold rallies across major towns of the state.

From Kaduna town to Zaria and other neighboring towns, supporters of Obi in their thousands could be seen dancing and jubilating along the road.

The story is not different in Akwa Ibom State as supporters of the Labor Party presidential candidate who are mostly youths, held a major rally in Uyo, the state capital.
#OneMillionMarch#ObiDatti2023, #4MillionMarch4PeterObi