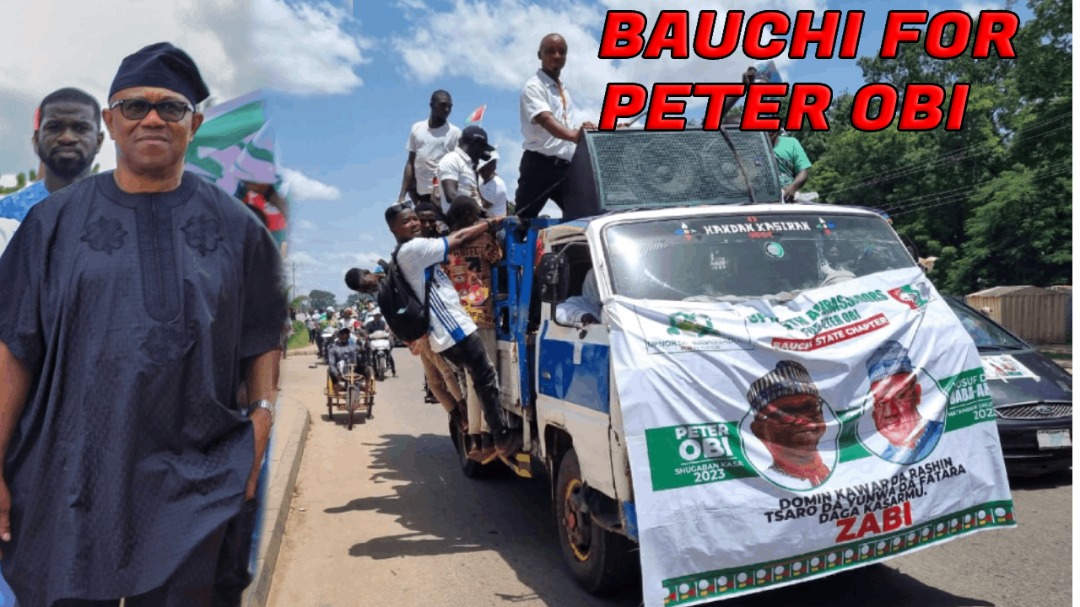 Ahead of the 2023 general elections, thousands of youths in Bauchi State turned up for the one million-man march in support of the presidential candidate of the Labour Party, Peter Obi and his deputy, Ahmed Datti.

It was observed that as early as 8 am, the supporters, who were mostly youths, started arriving at the venue from across the 20 local government areas of the state in demonstration of their unalloyed readiness to vote for the party at all levels.

The rally, which kicked off from the Bauchi city centre was attended by thousands of youths and monitored by security agencies.

Some of them were seen wearing materials with the symbols of the party while some of them held the party flag high singing and dancing expressing happiness and joy.

Many of the demonstrators displayed placards bearing different inscriptions and photos in support of Obi and other candidates of Labour Party in Bauchi state.

They later embarked on a 10-kilometre march from the Wunti roundabouts through the main Ahmadu Bello Way through Yelwa and ended at Rafin Zurfi, a suburb of Bauchi metropolis.