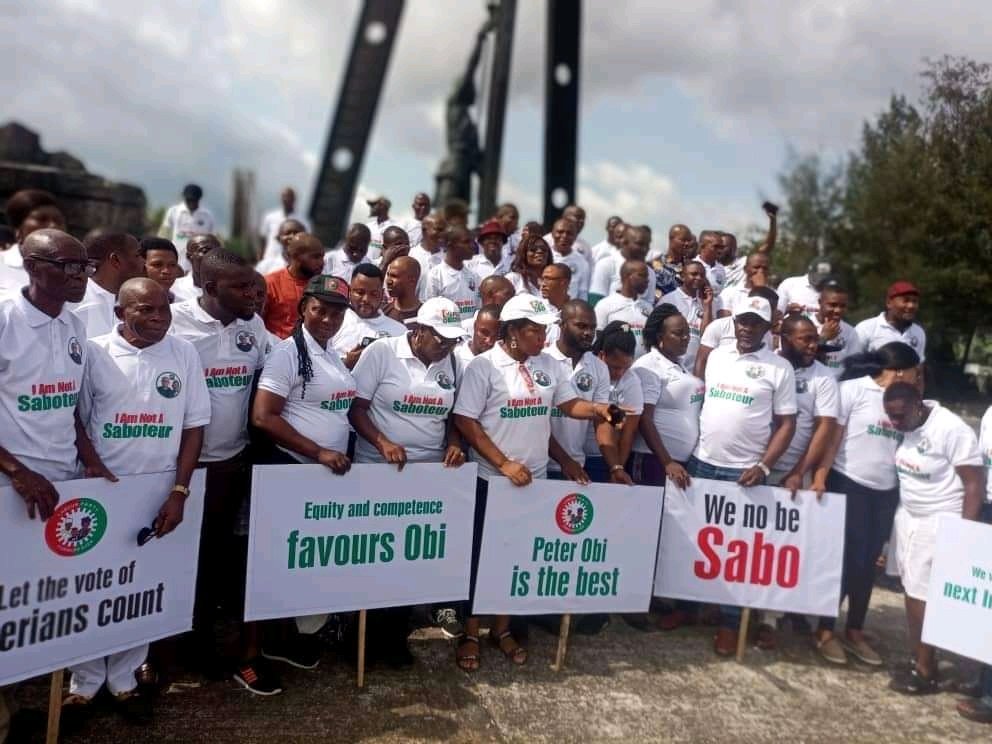 Some youths in Owerri, Imo State, have taken to the streets to protest the comment of a former governor, Emeka Ihedioha, labelling those who won’t vote Alhaji Atiku Abubakar, the presidential candidate of the Peoples Democratic, PDP, as saboteurs.

Recall that Ihedioha had said that Nigeria’s presidency would rotate to the South-East after the administration of the presidential candidate of the Peoples Democratic Party, Atiku Abubakar, if he wins next year’s election.

Ihedioha, in the video, added that Nigeria could not afford to make mistakes in the 2023 election and that there are two parties in the election, the PDP and the All Progressives Congress.

However, the protesting youths under the aegis of Coalition for Peter Obi, stated that he insulted the sensitivity of the Igbo people and not just the supporters of Obi and the Labour Party, LP.