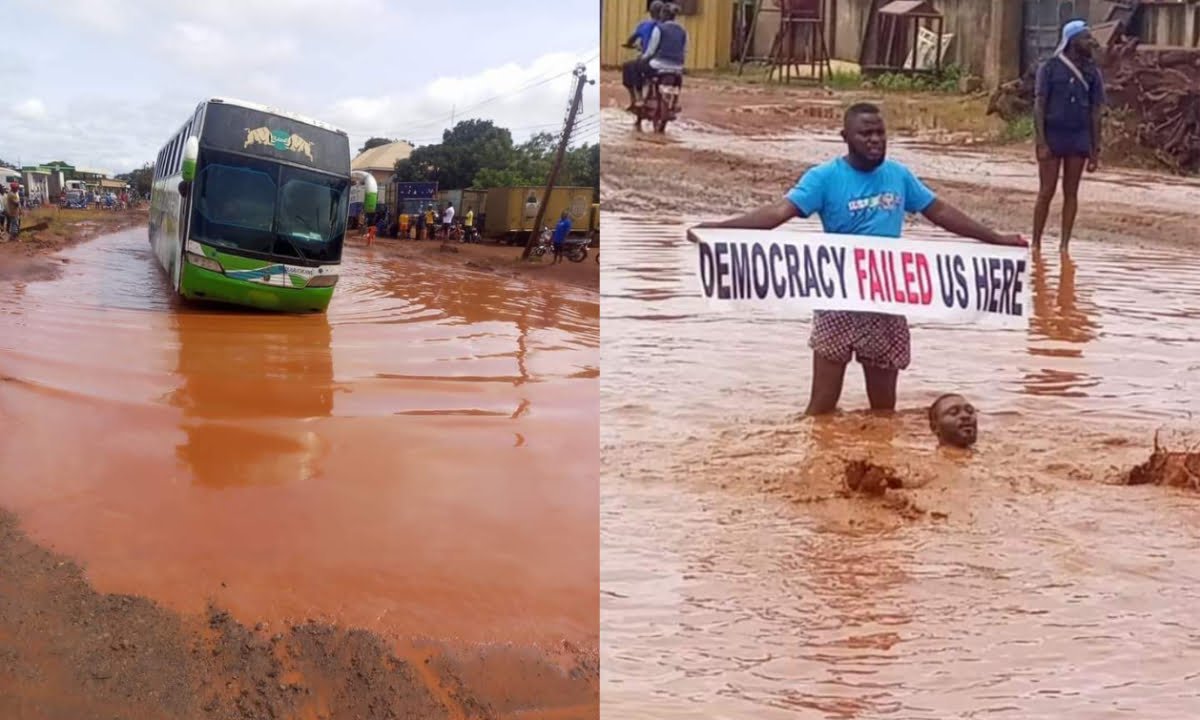 The protesters lamented the abandonment of the ever-busy road, which it alleged has been causing havoc in the area.

It was reports that the dilapidated road had increased the suffering of Otukpo residents who had reportedly appealed to the federal government to come to their aid to ease movement vehicular movement.

The condition of the road became more worrisome a few days ago following a heavy downpour that displaced many residents in Benue and other states.

Some of the protesters who stormed the deplorable road for a ‘pool party’ to draw the attention of well-meaning Nigerians, were sighted displaying placards with inscriptions such as “Democracy Has Failed Us Here”.