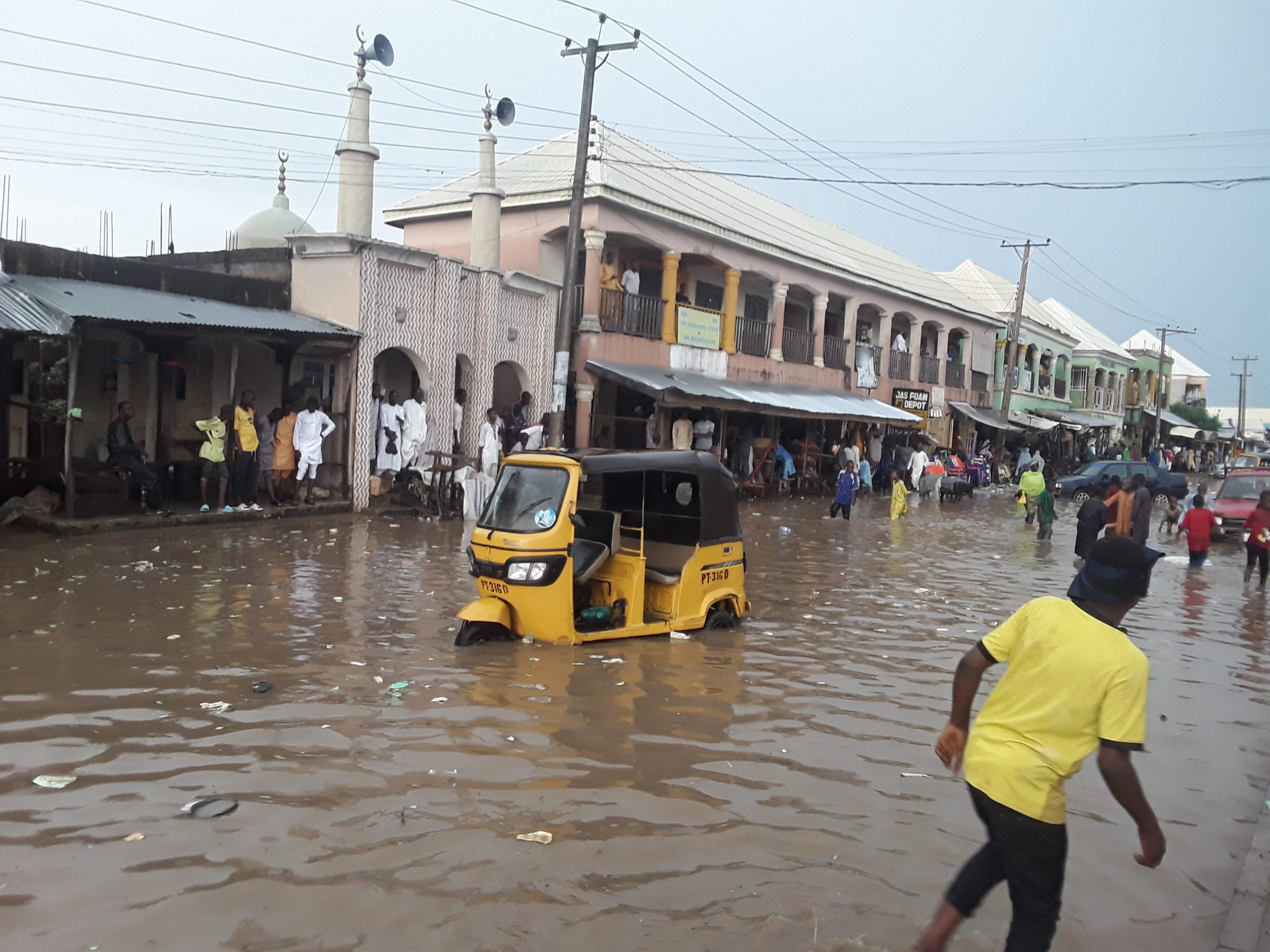 Shop owners along Palace Way in Jalingo, the capital of Taraba State, are presently counting their losses as a result of the heavy rainfall that occurred in the area.

Apart from the Palace Way, areas such as Magami, Maiyo-Gwoi and others were as well noticed not to have been spared by the floods occasioned by the heavy downpours.

The said heavy downpours which commenced at about 2.30 p.m on Friday, was observed to have lasted for several hours.

Some of the shop owners who spoke with our correspondent, attached the flood to the blockage of the only available drainage in the area.

Abraham Unchena, who claimed his goods arrived to the state from Onitcha market barely a few hours before the commencement of the rain, felt sad that his goods were all overtaken by the flood.

Also speaking, the owner of one of the major bookshops along the way, who claimed that the majority of his books have been soaked with water, said his dreams have been shattered.

Majority of the victims who are now calling on the authorities concerned to address the situations, also expressed sadness at the way and manner refuse dumps have taken over the little available drainage.

Conducting our correspondent round some of the blocked drainages, the need for the leadership of the Ministry of Environment to checkmate those who derived pleasure in dropping refuse in the drinages, they said have become necessary.

While some of the victims are now advocating for monthly sanitation exercise, others who bared their minds, stressed the need for the authorities to endeavour to make available refuse bins at strategic locations in the state capital.