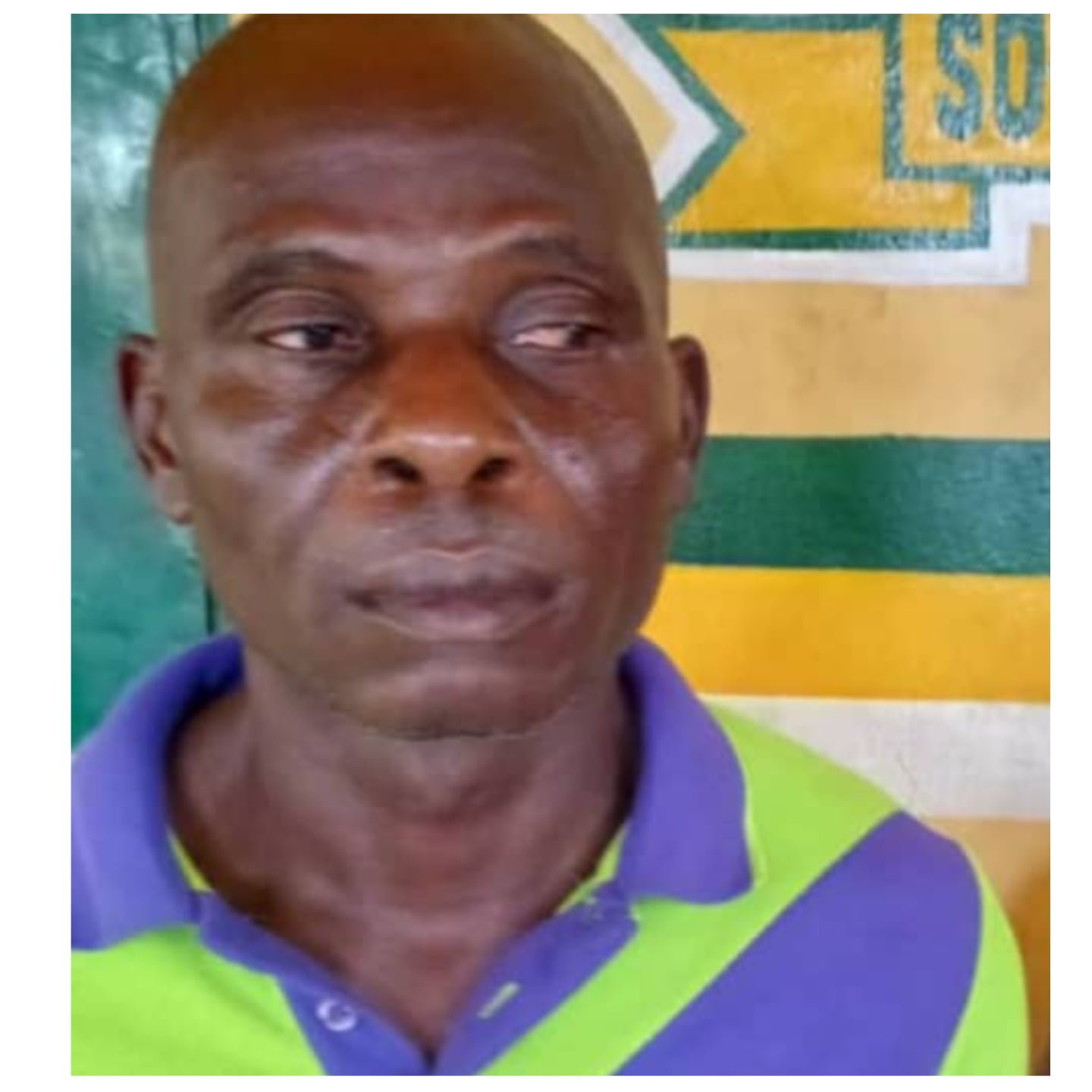 A 50-year-old man, Olukayode Joseph has reportedly defiled his 14-year-old daughter after sedating her with drugs in Ogun State.

Joseph was arrested Thursday by operatives of the Ogun So-Safe Corps, who accused him of turning the teenage girl into a “sex machine”.

According to the So-Safe Corps spokesman, Moruf Yusuf, the agency had got a distress call that Joshua, a resident of Akinbo Phase 2, Opposite Ola Fatia House, Olambe in Ifo Local Government Area of the State “has allegedly had carnal knowledge of his biological daughter.”

Yusuf disclosed that the State Commander, Soji Ganzallo, instructed the Divisional Officer of the Corps in Oke-Aro/Olambe, SC Akeem Olaiya, to arrest the suspect with immediate effect.

He added that the Agbado Area Command also mobilized more men to the scene to protect the alleged rapist against jungle justice.

During preliminary investigation, the suspect was said to have confessed to the crime, “and pleaded for mercy after realising that there is nowhere to hide his secret deals with his innocent daughter.”

It was  gathered that the victim accused her father of serially sleeping with her after sedating her with drugs.

“I only used to notice white discharges from my private part,” Yusuf quoted the teenager as saying.

However, the suspect had denied sedating his daughter before sleeping with her, saying it was his first time of having sex with her.

Meanwhile, the suspect and the victim have been transferred to the Ajuwon police division for further investigations, Yusuf said.