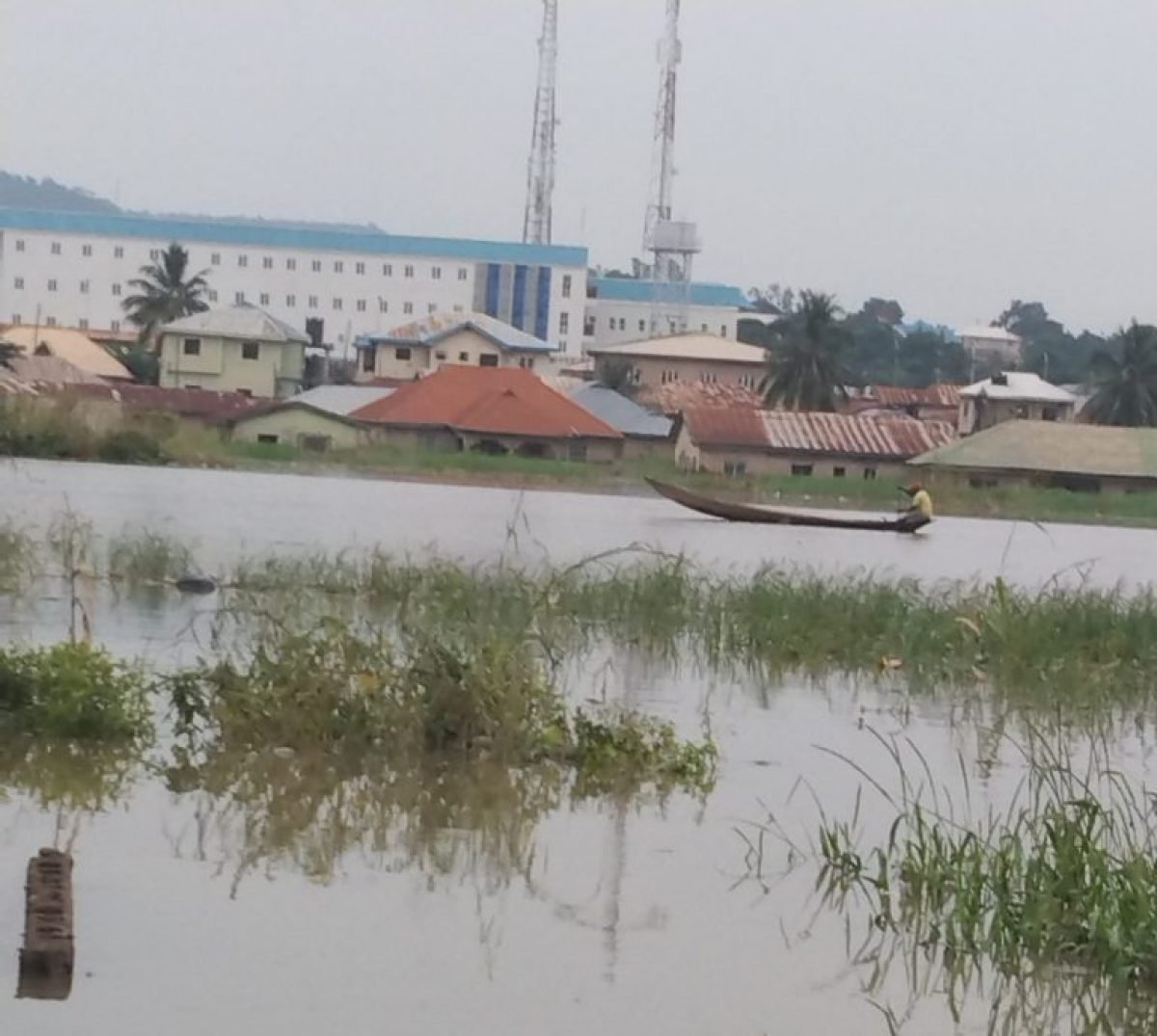 Social and economic activities in Gadumo, a fast growing suburb in Ajaokuta Local Government Area of Kogi State has begun to decline, following an electricity cut caused by flood.

The area has been thrown into total darkness due to floods that hit Lokoja and other eight local government areas of Kogi State.

It was correspondent reports that business owners in the area located at the border between Lokoja and Ajaokuta LGs have begun to express worry over loss of sales due to the power outage.

Following the lack of electricity for the past 24 hours, owners of businesses such as barber shops, vulcanisers and welders have bemoaned the decline in patronage.

A reliable source from the regional office of the Abuja Electricity Distribution Company, (AEDC), in a telephone interview with our Correspondent attributed the power outage to the flood, saying it had hampered efforts of officials of the company to rectify electrical faults created by the flood in the area.

He said, “The flood led to the fall of many electric poles, many of which are buried inside the flood.

” This development made it practically impossible for our officials to recover these poles and fix them again,hence the power outage in Gadumo and some other areas for now.

“We are also mindful of the likelihood of electric shock if the area is exposed to constant electricity because the area is still flooded”.

The source, however, expressed optimism that with the flood receding gradually, efforts were on to rectify the problem soon.

Our Correspondent reports that Gadumo, Adankolo and part of Nataco areas received much of the brunt of the flood which hit nine of the 21 Local Government areas of the state.

The flood was gathered led to the death of three persons through boat mishap at Ganaja village under Ajaokuta Local Government Areas.

It was further learnt that four other persons sustained serious burns as a result of a gas explosion in the house where they secured temporary accommodation, having been sacked by flood.

The flood has also destroyed over 600 hectares of farm lands and made thousands of residents homeless among other social, economic, emotional and psychological challenges confronting the people of the state, especially the victims.