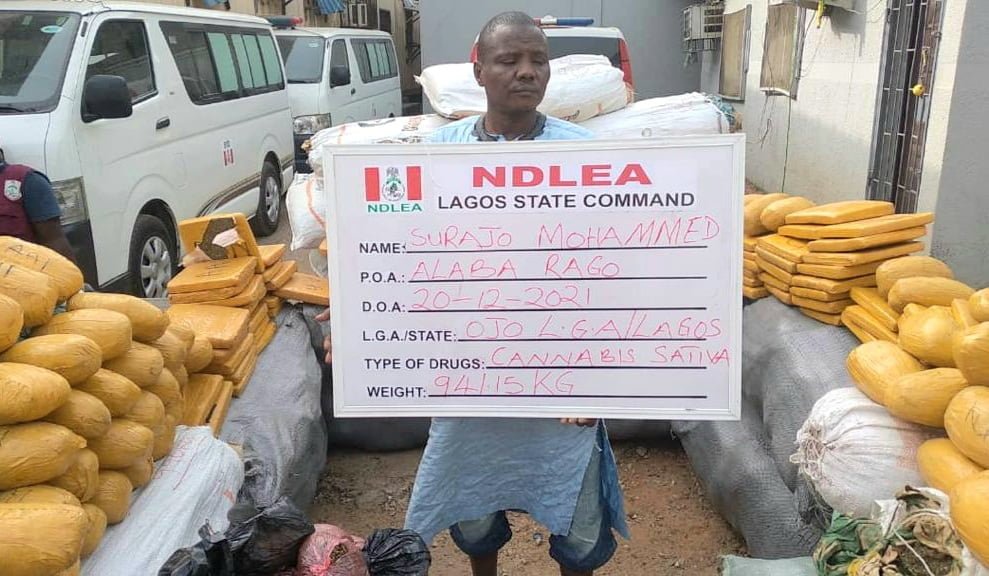 A notorious drug dealer caught in Lagos may not do much time in prison despite his conviction.

Anti-narcotics agents nabbed him on December 20, 2021, in the Alaba Rago area of Ojo, Lagos.

The trial of Mohammed at the Federal High Court in Lagos ended on October 6.

In his verdict, Justice Yellin Bogoro sentenced him to seven years imprisonment.

However, the judge gave Mohammed an option of N7 million fine, meaning he would be set free after paying.

On Sunday, the NDLEA announced the interception of more than 2.4 million pills of Tramadol from Pakistan.