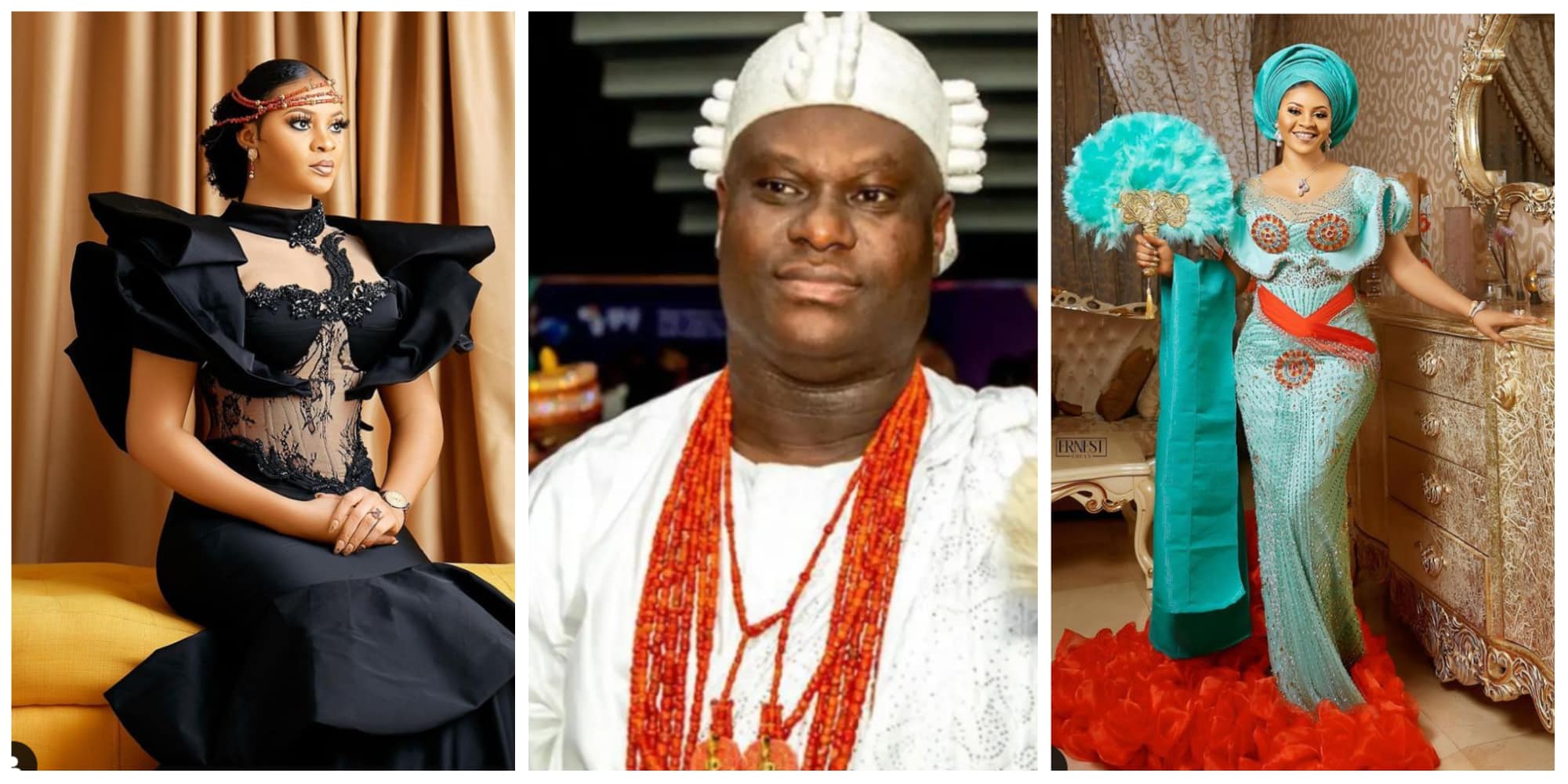 Few days after it was widely reported that the Ooni of Ife, Oba Adeyeye Ogunwusi would marry two women before his 48th birthday, he has finally married Tobi Philips as his third wife.

The first class monarch married the ex-beauty Queen in a ceremony held on October 9, 2022.

This would however be the 6th marriage of the Osun Monarch. Before his coronation in 2016, Oba Adeyeye was previously married to Adebukola Bombata in 2008, but the marriage failed after his coronation.

After being crowned, Ooni married Edo-born Zainab-Otiti Obanor in 2016, the union lasted for 17 months before their separation. He then married Naomi Silekunola in 2018.

At the wedding ceremony on Sunday, Philips was seen kneeling as she received blessings from her family, but the Ooni wasn’t in sight but he sent his guards, chief and royal staff.

Tobi Phillips who won the World Miss University Africa (WMUA) in 2012, runs a popular fashion label QTP Luxury Fashion and has been a 3D artist since 2018. She is a native of Okitipupa, Ondo State, and has been with the Ooni for over six years.