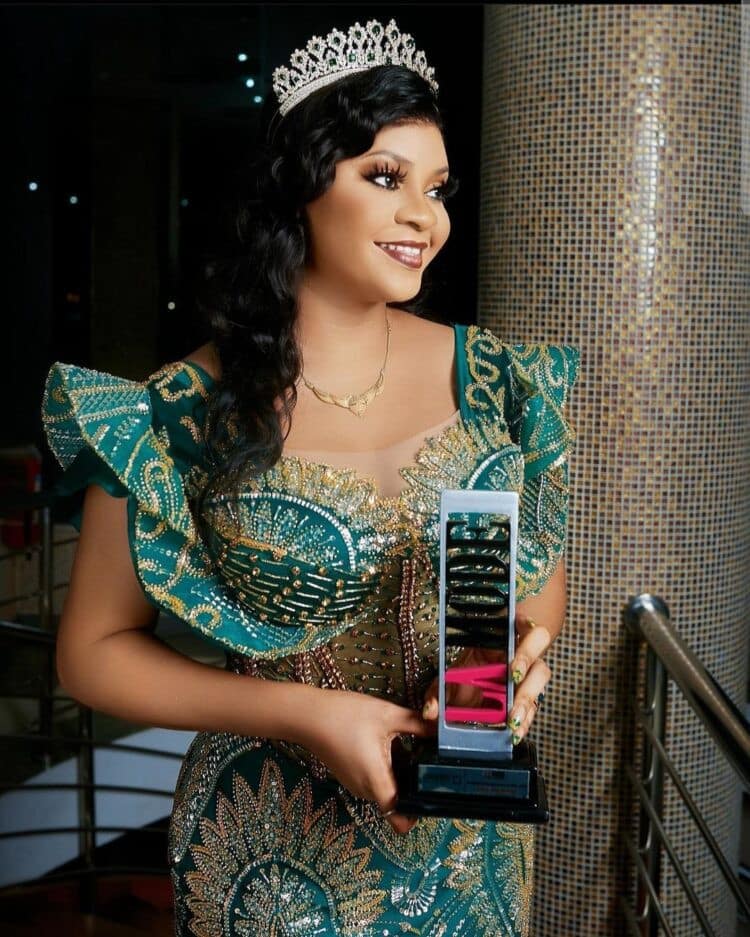 It is no longer news that the Ooni of Ife, Oba Adeyeye Enitan Ogunwusi, has taken a third wife barely a month after his marriage to Maria Anako.
Naija News earlier reported that the Ooni on Sunday, October 9, 2022, welcomed his latest wife, Tobi Philips to the palace amidst friends including family members who were also in attendance for the special occasion.

In this article, it highlights six things you should know about Tobi Philips, the new wife of Ooni.

1. Tobi is a model and former beauty queen who won the World Miss University Africa (WMUA) in 2012.

2. She is a graduate of Marine Science from the University of Lagos.

3. She currently runs a Luxury Fashion brand and has been a 3D artist since 2018.

4. The new queen is a native of Okitipupa, Ondo State

5. Queen Tobi has reportedly been dating the monarch for over six years.

6. Speaking on her modeling career some years back in an interview, she recalled: “The basic stage of my modeling career started from secondary school when I was crowned the queen of my school. Then, I was in Junior Secondary School 3.

“When I got into the University of Lagos, there was a hall pageant in 2009 and I was crowned Miss Madam Tinubu Hall, then I was in 100 levels. In 2010, I was nominated in my department to contest for Miss Sciences 2010, I did and I won. From there, I had to contest for Miss UNILAG and I came first runner-up in 2010.

“By 2011, I contested for Sisi Oge Africa and I was the first runner-up. I became World Miss University, Nigeria 2012.”