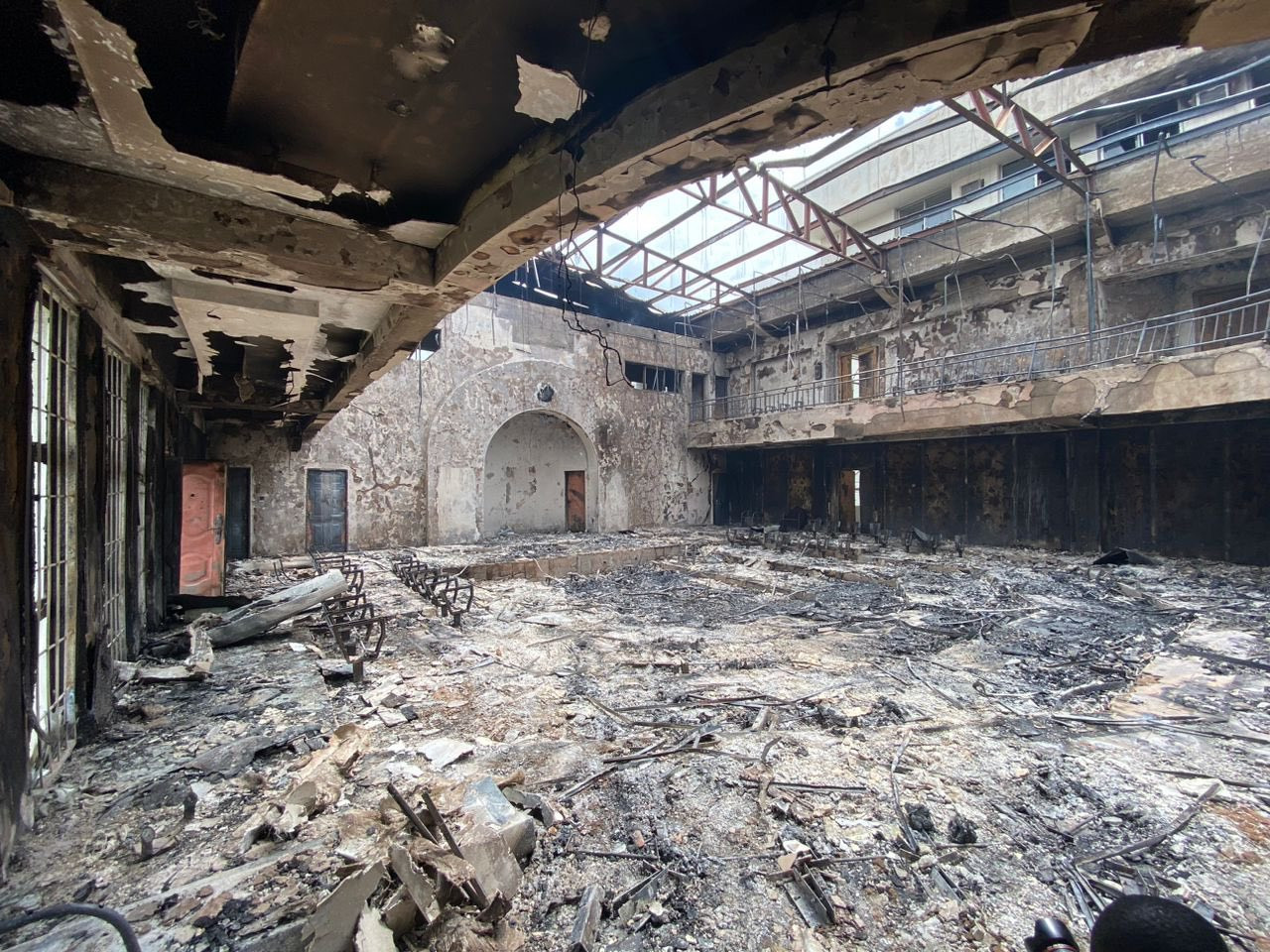 Fire completely destroyed the Chambers and Gallery of the Kogi State House of Assembly complex in Lokoja, the state capital.

It was learned that the fire broke out at about 7am today October 10.

As at the time of this press release, the cause of the fire is yet to be known; however, the state fire service has since put out the fire.

An eyewitness at the scene of the incident said:

“People believe that “some” outside forces are responsible for the sabotage since the Assembly stepped on their toes during an ongoing probe. We do not make such an accusatory comment, but we are waiting to see how the Security investigation into the situation turns up. Surely, the culprit must be brought to justice.”