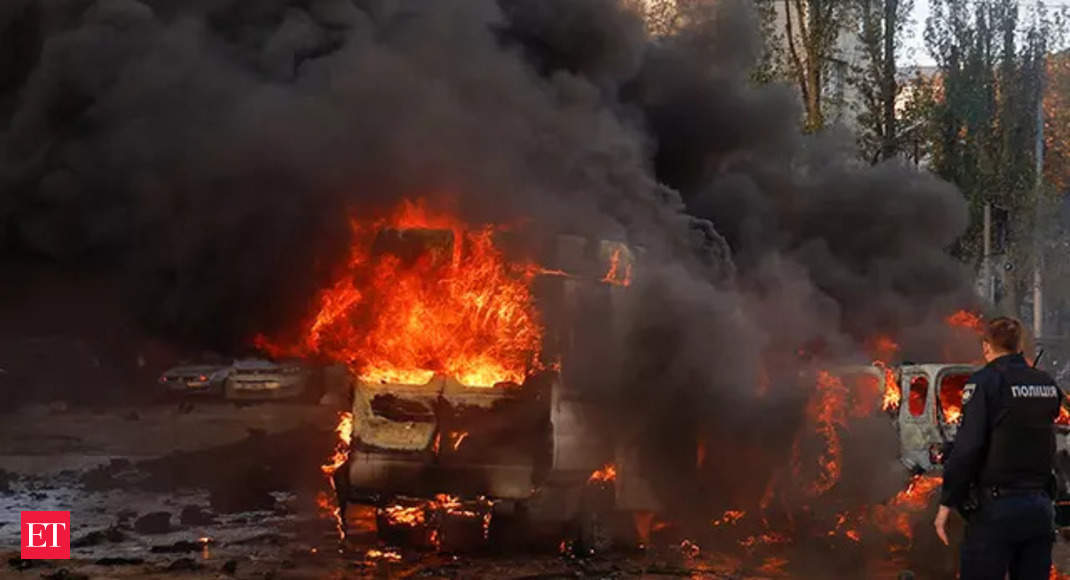 Volodymyr Zelensky, the president of Ukraine, accused Russia of attempting to “wipe his country off the face of the earth” after numerous towns, including Kyiv, were struck by new attacks.

Reporters in Kiev claimed that a string of explosions that occurred during the morning rush hour in the city’s center appeared to be the result of missile strikes.

According to Ukrainian officials, five more cities were targeted, the most of them were in the west of the country where the violence has rarely spread.

“They are trying to destroy us and wipe us off the face of the earth…destroy our people who are sleeping at home in (the city of) Zaporizhzhia. Kill people who go to work in Dnipro and Kyiv,” Mr Zelensky said on the Telegram messaging app.

“The air raid sirens do not subside throughout Ukraine. There are missiles hitting. Unfortunately, there are dead and wounded.”

According to Volodymyr Zelensky, people were killed and injured in the explosions. He also said that Russia was attempting to “erase” his nation from the face of the planet.

While the country’s military leader said that 45 missiles have been fired so far in this morning’s series of attacks, a Ukrainian government adviser claimed that at least eight people had died and 24 had been injured in a Russian strike on Kyiv.

41 of these, according to General Valerii Zaluzhnyi’s tweets, were neutralized by air defenses.

The string of attacks comes after Russia suffered a serious setback over the weekend when an explosion damaged the Kerch Bridge, a crucial supply route for forces battling in southern Ukraine. In response, Ukraine committed a “act of terrorism,” according to Vladimir Putin.