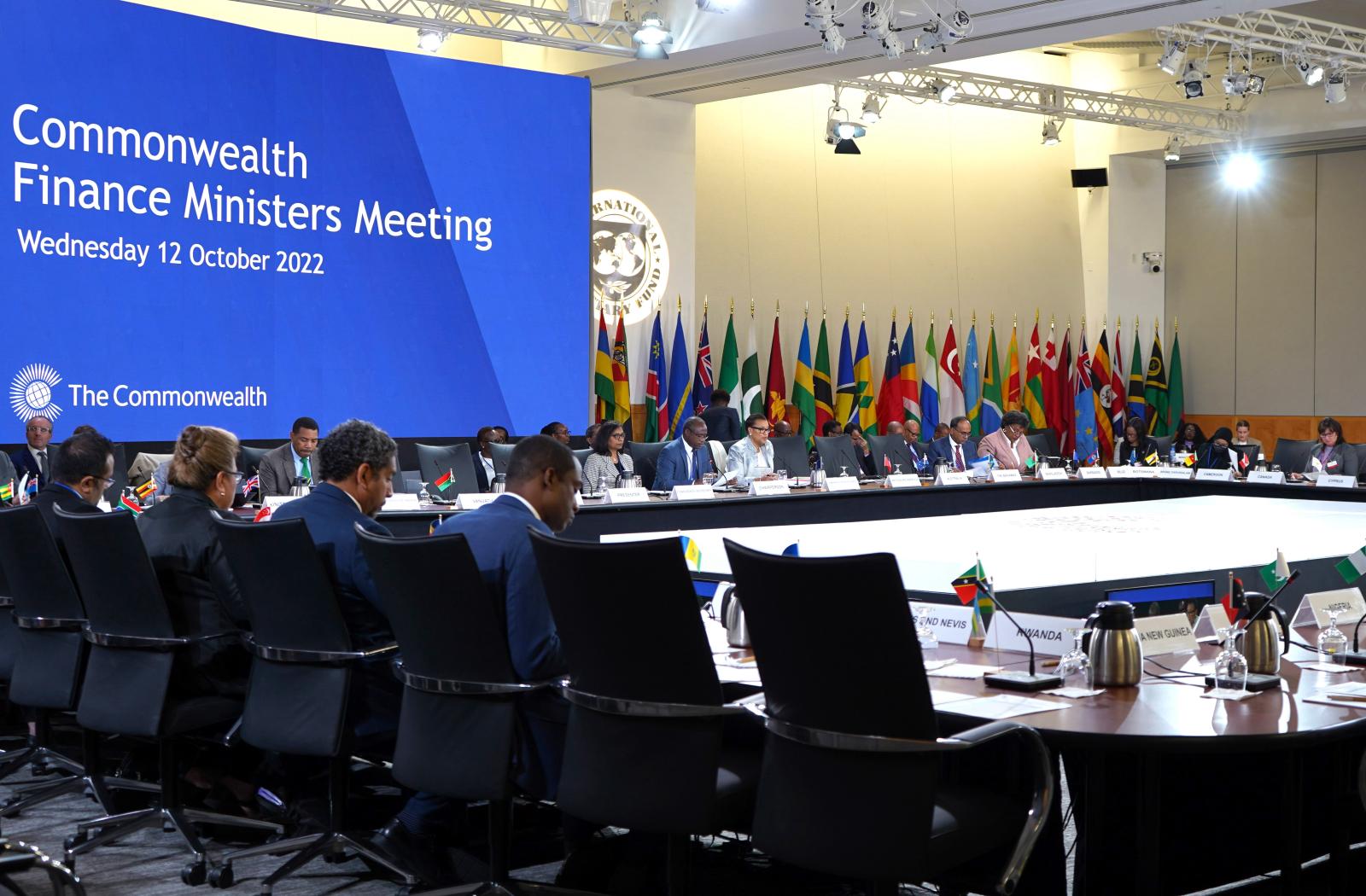 Commonwealth Finance Ministers held talks on Wednesday on the margins of the World Bank and International Monetary Fund (IMF) meetings in Washington D.C.

Zainab Ahmed, Nigeria’s Minister of Finance, Budget and National Planning and more than 20 of her colleagues attended in-person.

The parley followed the gathering of Commonwealth Central Bank Governors where high global inflation and the cost-of-living crisis were discussed.

The effects of the COVID-19 pandemic, geo-political tensions and their impact on global output and supply chain disruptions, have led to global inflationary pressures for many Commonwealth members.

Secretary-General Patricia Scotland KC emphasised the important role that fiscal authorities play in tackling some of the challenges.

She said the current economic problems necessitate concerted efforts to develop viable strategies to revive and revitalise our economies for the benefit and well-being of citizens.

Scotland noted that to achieve the desirable future that leaves no one behind, global and regional collaboration remains imperative.

The chief said though the rising cost of living affects everyone, it disproportionately affects climate-vulnerable, small, developing, and low-income countries.

“More needs to be done to provide inclusive debt relief and financial support for them all. There is also the need to strengthen debt management systems to contain public debt at manageable levels”, she stressed.

The ministers examined the recommendations on fiscal measures to deal with inflation; framework for resilient and sustainable development; and
managing elevated debt amid economic uncertainty.

Some key recommendations the CFMM outlined include targeted fiscal support to reduce the negative impact on growth without adding significantly to inflation.

Others are tackling of the bottlenecks causing supply chain disruptions; review of the existing fiscal rules to assess their relevance in the current economic environment; effective debt management and promotion of debt transparency.

The ministers had frank discussions regarding the inflationary pressures facing their countries and considered recommended measures to cushion the effects of inflation and boost economic growth.