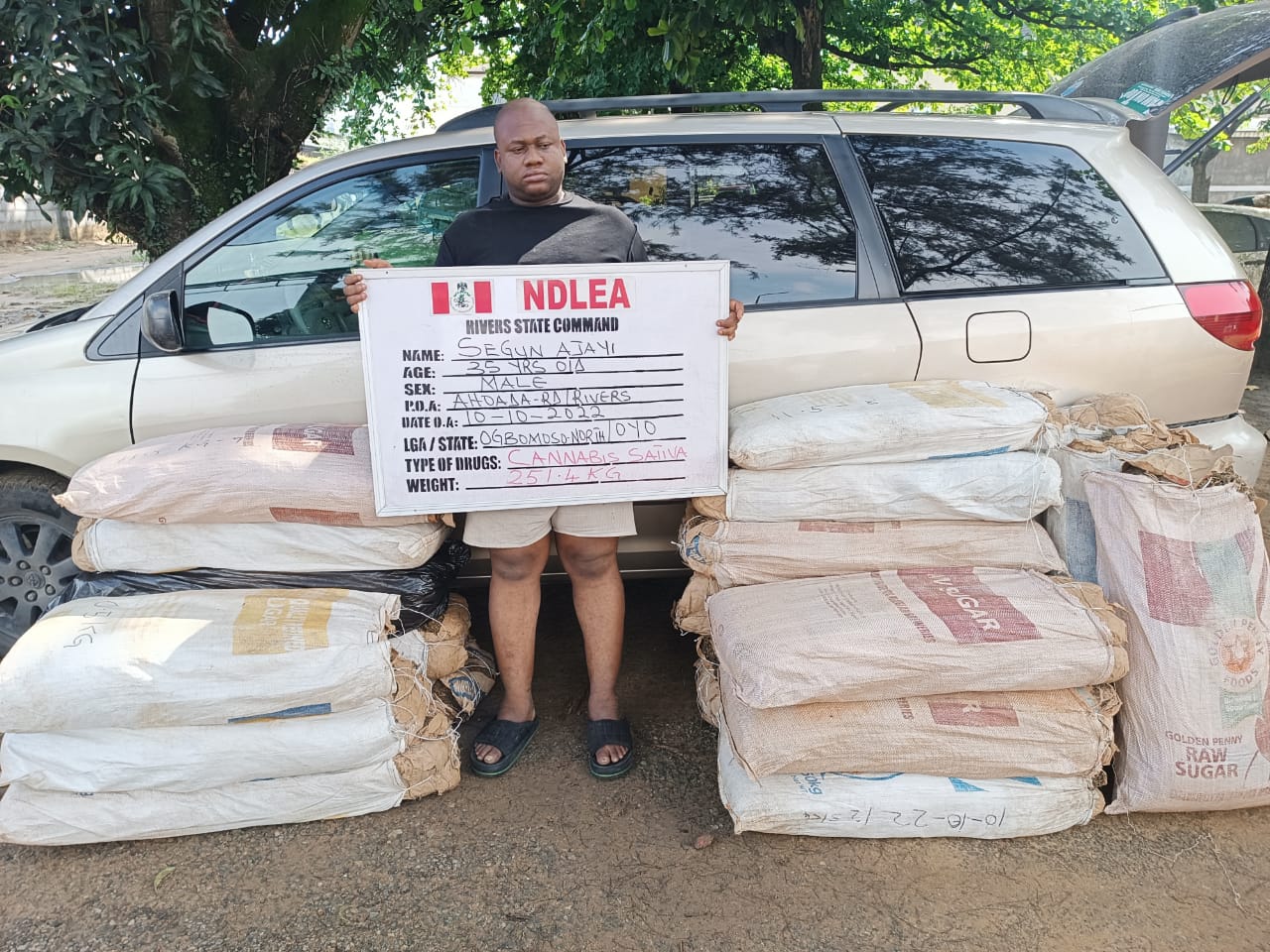 The Rivers State Command of the National Drug Law Enforcement Agency has intercepted the movement of 20 bags of cannabis sativa along the Ahoada axis of the East West road.

The spokesman of the state command of the NDLEA, Emmanuel Ogbumgbada, in Port Harcourt on Wednesday, said the hard drugs weighed about 251.4kg.

He said the arrest was made on Tuesday during a stop-and-search operation, which commenced on Monday based on credible intelligence.

Ogbumgbada said the driver of the vehicle conveying the substance has been arrested and taken into custody.

He also disclosed that a separate fifteen bags of cannabis sativa weighing about 161.4kg was also intercepted and seized by the officers during the same operation.

“Also, still on the same operation, the NDLEA operatives made another seizure of 15 bags of cannabis Sativa weighing 161.4kg inside one ash coloured Toyota Camry saloon car with Reg No ABUJA RBC 590 BQ with two male occupants who on sighting NDLEA operatives abandoned the vehicle and took to flight and escaped into the nearby bushes.

“All efforts to apprehend them proved abortive. The vehicle was later found to be registered in the name of Egbo John Uche (at large) who is suspected to be the owner of the said abandoned exhibit.

“While Segun Ajayi is already volunteering useful information, we are exploiting all available sources to track and bring the said Egbo John Uche to justice as soon as possible”.

The NDLEA spokesman also disclosed that a total of 28 drugs suspects were arrested by the command in the month of September.