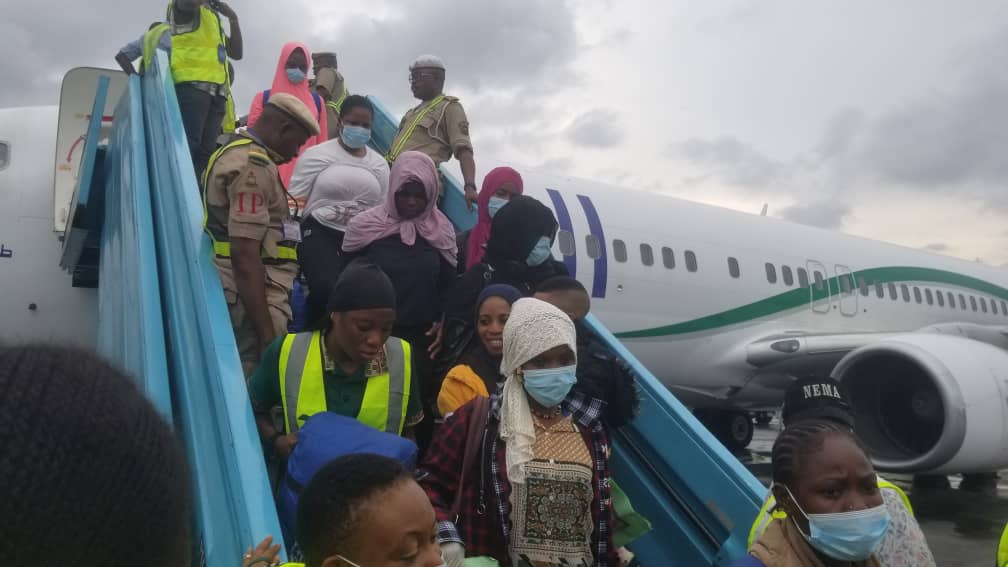 The citizens were brought back with the assistance of International Organisation for Migration (IOM) through a voluntary repatriation programme.

Farinloye said the Nigerians were received at the Cargo Wing of the Murtala Muhammed International Airport in Lagos.

The returnees arrived aboard a Boeing 700-787 Al Buraq Air with registration number 5A-DMG.

Farinloye said many were being deceived with promises of relocation assistance to Iraq, Egypt, Dubai in UAE, etc., but end up in connection houses in Libya.

”We admonish the returnees on the need to realise that there’s no country better than Nigeria”, the official noted.

”There are ample opportunities for all of us to thrive and live happily in virtuous and God fearing manners in Nigeria without unnecessarily exposing ourselves to undeserved dangers in foreign lands.”