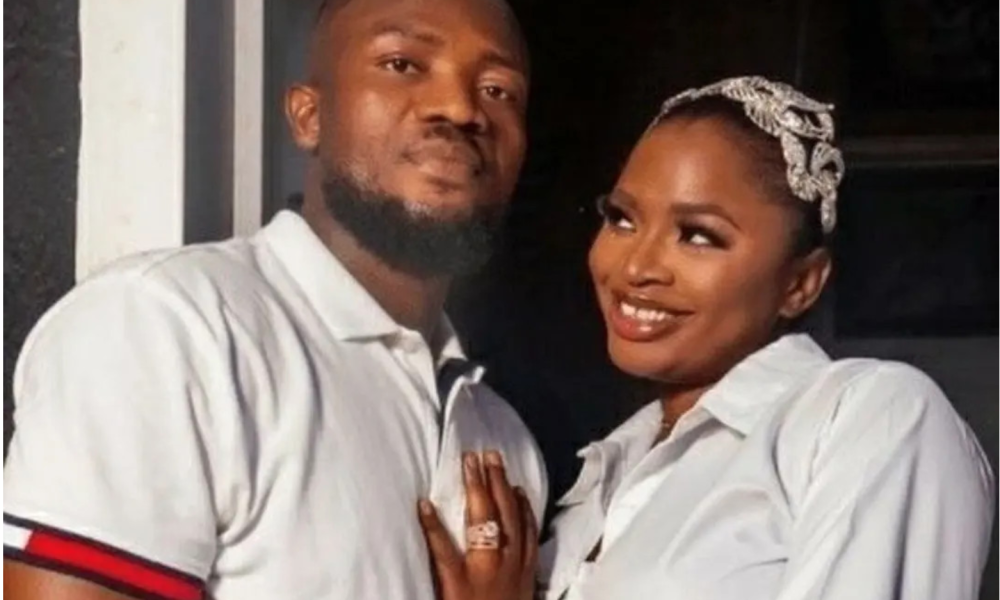 The sister of the late wife of Lagos businessman, IVD, has opened up on the cause of Bimbo’s death hours after announcing her death.
Naija News reports that a video shared online captured the woman wailing and sharing her side of the story about Bimbo’s death.

In the video released on Friday, the deceased’s sister named Mamajazz claimed that the businessman pushed her into the fire as he watched and videoed the scene.

She said: “You pushed her into the fire, you watched her burn, you videoed her. You burnt me, this fire is burning. IVD oooo, you are on the run”

The couple made headlines earlier this week when Bimbo and her husband got into a scuffle and she reportedly set herself ablaze in the process at their home in Lekki, Lagos.

She was rushed to the hospital while her husband who sustained minor injuries absconded.

Bimbo was in the Intensive Care Unit of a Lagos hospital for some days but unfortunately gave up the ghost on Saturday morning.

Gist making the rounds online claimed that Bimbo has been suffering domestic violence from her husband for 20 years of their marriage.