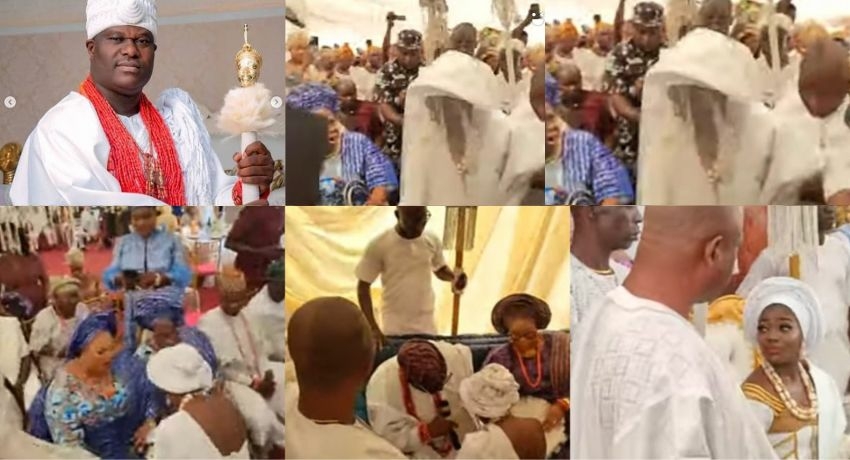 It was reports that this coming barely five days, the reverend traditional Yoruba monarch married his third wife, Tobi Philips.

Like the usual norm, the Ooni was nowhere in sight at the wedding ceremony, however, his chiefs, the royal guards and the royal staff were there to represent him.

On Sunday, 0ctober 9,2022, the Ooni welcomed his third wife, Tobi Philips to the palace amidst friends and family members who were in attendance for the special occasion.

Tobi has reportedly been dating the Yoruba traditional monarch for over six years before her official traditional marriage yesterday.

In September 2022, the Ooni welcomed his new wife, Olori Mariam Anako into the palace of the Oduduwa.

This publication gathered that the arrangements for the new marriage started in March when Ooni sent a high-powered delegation to her family to request her hand in marriage.

The Ooni’s new wife is reportedly an Ebira lady in Kogi State, her mother hails from Erin-Ile in Kwara and her family lives in Ilorin.