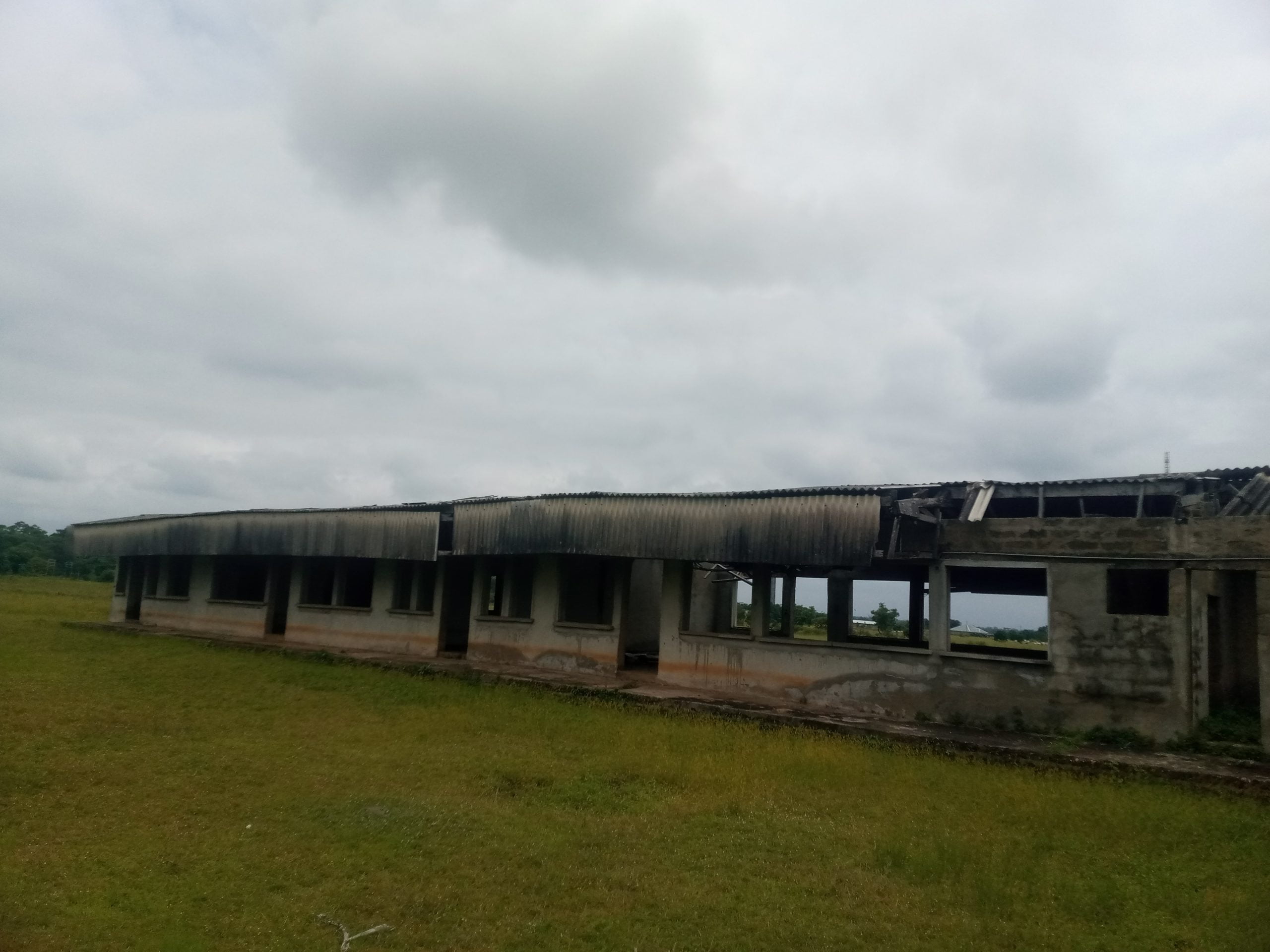 It was  reports that the school, which has a huge land mask with infrastructures, is now a shadow of itself. The school infrastructure is currently in a dilapidated form as it has little or no government presence.

It was gathered that the environment of the school is not habitable for learning hence members of staff deployed to the school either for teaching or non-teaching fail to stay as they abscond to Lokoja, the Kogi State capital or go as far as working out their way out of the school for another place of work.

“Many Teachers have been posted to this community. Whenever they come here, see the community, they will run away. This has become a recurring trend. None of them is willing to stay. Virtually 98 percent of them will work their way back to Lokoja or prefer to work somewhere else.

“This has really affected the development of the Agbaja community educationally and many more. We have complained severally to the constituted authority, but it has all fallen on deaf ears,” an indigene of Agbaja Community, Adoga said.

The bad road network from Lokoja, the Kogi State Capital, to Agbaja is one of the biggest challenges why the school remains a living nightmare.

It was gathered that from JSS 1 to SS3, Government Secondary School Agbaja has only four teaching staff and two non-teaching staff.

It  went underground to get the monthly staff disposition of Government Secondary School Agbaja as issued by the Kogi State Science, technical education and teaching service Commission.

It was gathered that two of the teaching staff are in charge of English language from JSS1—SS3, while another teacher is in charge of Physics, Chemistry, Biology and many other subjects, which according to our investigation has contributed negatively to the performance of students from the school both in internal and external examination.

Despite offering both science and art courses without functional laboratories for practicals, it was learnt that over 50 students sat for the 2022 West Africa Senior School Certificate Examination and National Examination Council, (NECO).

Explaining further ,the Principal said, “It is only four teachers that are teaching all subjects from JSS 1 to SS3 in Government Secondary School Agbaja. That is the situation we find ourselves in, both science and art courses. It is not only peculiar with GSS Agbaja. There are other schools in Kogi State that have two or three teachers from JSS 1 to SS3. There was a time we asked for intervention.

“The truth is that if you ask teachers to cross to secondary school and teach and their salary is not forthcoming, it will be very difficult for them to come. In Kogi generally, there is a serious shortage of teachers. There was a time the federal government deployed Npower students to our school, unfortunately, from Lokoja, the office did it and they all went away”.

Speaking to an educationist, Dr Stella Kadiri who revealed that it will be a miracle for students of the Government Secondary School to perform excellently, especially during external examination such as WAEC and NECO, putting into cognizance that there is shortage of teachers and other deficiency associated with the school.

“The Government is just playing games with the future of these students. How on earth will four teachers be teaching a whole Secondary School from JSS 1 to SS3 both science and art courses? How will they cope? Let us assume that they are taking four subjects in each class, mathematically it is not realistic. Have they considered the outcome of this child’s future? I am dreaming. This can’t be true,” she said

The educationist, however, called on the government to do the needful as a bad foundation might destroy the future of the students graduating from Government Secondary School Agbaja.

Aside from the shortage of teachers in the school, the structures are all in a dilapidated form despite graduating prominent personalities in Lokoja Local Government.

The community is, however, appealing to the government to come to their aid as the standard of education in Agbaja has continued to fall on a daily basis due to the shortage of teachers, lack of infrastructure and other challenges confronting the growth of the school.

One Ibrahim from Agbaja community said, “The remaining building you are seeing now was done through community effort because it has been abandoned by the Government. We just have to intensify our efforts to see that our children do not sit at home. This school has graduated many prominent individuals.

All efforts to speak with the chairperson, Kogi State Science, Technical Education and Teaching Service Commission, Cecilia Cook proved abortive as of the time of filing this report. She neither picked her calls nor responded to text messages sent to her phone lines.

Meanwhile, the Kogi State Government says it has planned to employ 3,979 teachers across the State.

Commissioner for Education, Honourable Wemi Jones, disclosed this to journalists on Tuesday after a tour of education facilities at the newly constricted ultra modern GYB Model Science Secondary School, Adankolo in Lokoja.

He disclosed that the model science schools are scattered across the State and when completed will be some of the legacy edifices of the Yahaya Bello administration.