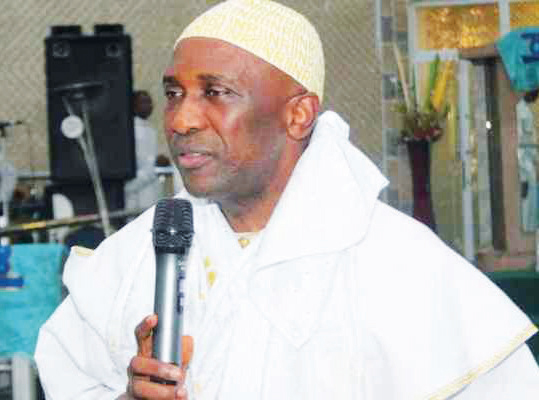 The Leader of INRI Evangelical Spiritual Church, Primate Elijah Ayodele, has condemned the assassination attempt on the life of Apostle Johnson Suleman of Omega Fire Ministries.

It was reports that during the attack, seven people inSuleman’s convoy lost their lives, including four police officers and three others.

However, Ayodele described the attack as a sad occurrence that should never happen to anyone, especially because lives were lost.

In a statement signed by his media aide, Osho Oluwatosin, Primate Ayodele expressed sadness at the death of the Apostle’s team members while praying for their innocent souls to rest in perfect peace.

He also prayed for the Apostle and his family members against such attacks.

Ayodele said: “I condemn the attack on the convoy of Apostle Johnson Suleman yesterday that claimed the lives of seven people including men of the Nigeria police force. It’s such a sad occurrence that should never happen to anyone.

“I feel terrible concerning the lives that were lost in this strange attack, I pray their innocent souls rest in perfect peace and that God grants their families the fortitude to bear this loss.

“I commiserate with Omega Fire Ministries, the beloved family of Apostle Suleman and pray such occurrences never happen again in the lives of all servants of God across the globe.”