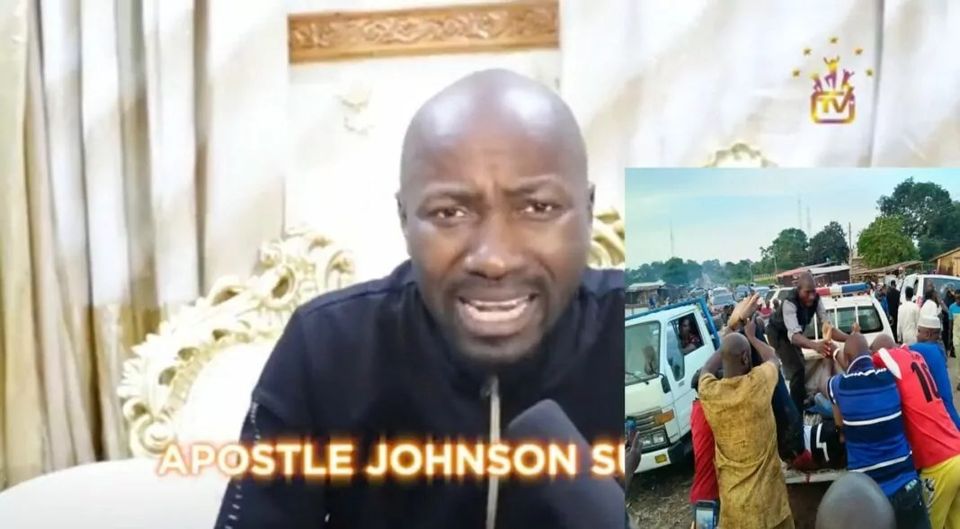 Salemgists gathered that the incident happened around 5 o’clock when a group of unknown shooters opened fire on Apostle Johnson Suleman’s homecoming convoy from abroad.

An eyewitness account reveals that the gunmen who came in a ash Sienna vehicle opened fire on the convoy leading to the deflation of the his vehicle’s tires.

Although the vehicles were able to coast to safety leaving his security personnel badly mutilated from the bullets of the suspected kidnappers who set out to abduct him.

Reacting to the incident, the clergyman stated that no fewer than seven people were killed in the attack.