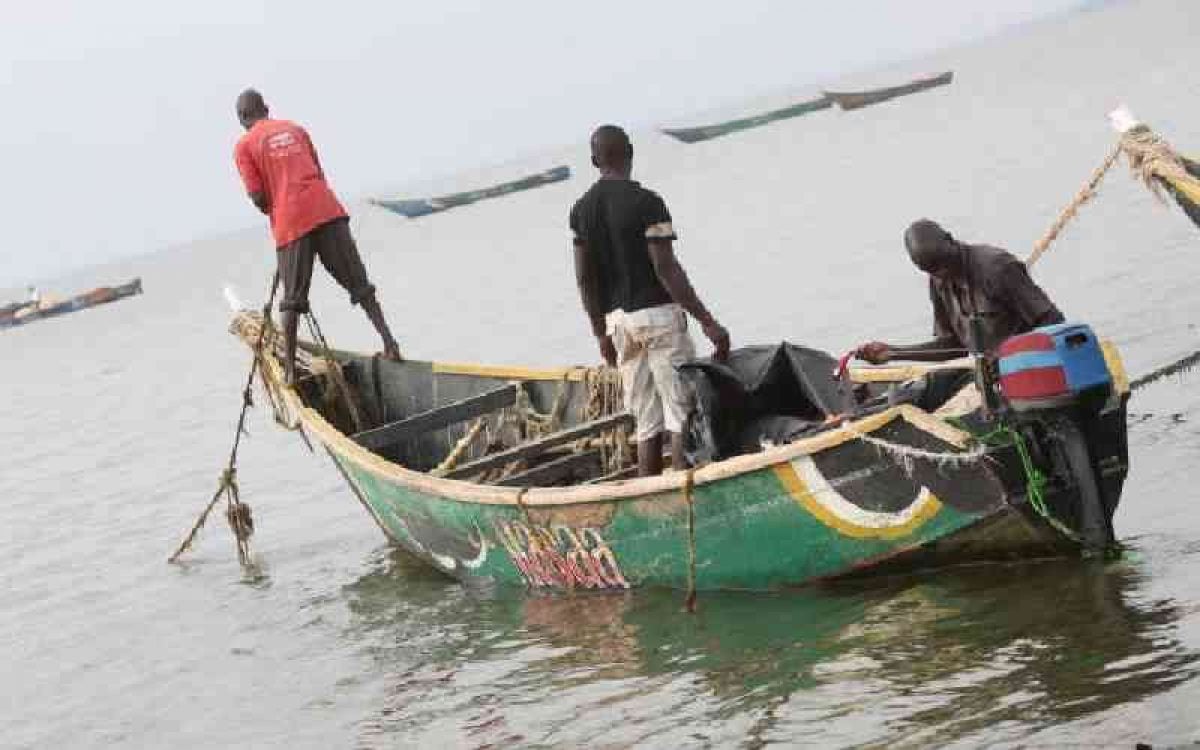 ”They come from the creeks in their numbers, they pillage, they kidnap, they rob us of our valuables, they cart away our engine boats! Some who resist, get killed; we pay huge sums as ransom, we are scared beyond our marrows!

”Many times we have sought help, but help seems too far from us, we devised a means for protection, but it failed, we are taking it to the streets today to let the world know that all is not well with us.”

This was how John Bassey, a fisherman in Ibeno Local Government Area of Akwa Ibom State recounted to  correspondent in Uyo how persistent attacks by pirates had brought their fishing activities to their knees and made life difficult for them.

The rising cases of piracy on the waterways in the State has raised a lot of concerns and require urgent interventions by government relevant agencies, but it seems that much has not been done to tackle this trend rearing its ugly head in the maritime sector.

However, IBEGHAYO, an umbrella name for fishers from Ibeno, Ghana and Yoruba contributed money to make alternative arrangements for security; the gesture was short-lived as the attack continued unabated.

The Chairman of the association, Mr. Samuel Akpan told journalists over the weekend that the only security post, Mopol 29 which provides security for fishers, has been shut down for lack of funding by the local government.

Akpan explained that members have lost over 35 engine boats to pirates within four months and each engine boat costs a minimum of three million Naira.

He alleged that when the issue was brought to the local government chairman in 2021, he assured the association that once he receives tenement rate, he would purchase four 200 horsepower engines and two speed boats for security officials to parade the sea, but nothing has been done up till this moment.

He said, “Let me tell you, we have been contributing money to provide security for ourselves but we are tired. We have it on good authority that money has been released to the local government in order to assist the security but the chairman has refused to use the money.”

Also, Chief Samson Udoeka, Vice Chairman of the association narrated that, “we want the world to know the level of suffering fishers in Ibeno are passing through because of pirates. They have been carting away our engines. Within four months, sea pirates have carted away 35 engines and even in the last two weeks, 8 engine boats were taken away.

“We have explained our situation to the local government chairman but he has shown no concern. The chairman had promised to assist us because through us the economy of the LGA is booming . The chairman promised to give the security operatives stationed in the area 200 horsepower engines and two speed boats for security to give us coverage.

“The security personnel we hired to protect us have no facilities to do so. We have reported this case to stakeholders of Ibeno, the DPO, Paramount Rulers and they have not acted. We are tired.

“We are telling the chairman that if there is no assistance for us before Monday, we shall shut down all the markets, waterways and cripple other activities within the local government area till help comes our way.”

Monday Ogunyemi, a Yoruba fisherman said that since a Special Police squad was brought to give them coverage, they did not have any issue until the police engines spoilt.

However, the local government chairman, Chief Williams Mkpah when contacted said curbing pirate attacks on fishers was beyond his purview, adding that the price of each machine is higher than his financial capacity.

“On the promise, it was based on availability of funds. Above all, this is a security issue and it is within the purview of the State. I only intervened last year. And they assume it is my direct responsibility which is wrong. I have made several reports to the governor to assist but no response yet,” he said.

Meanwhile, the governor, Mr Udom Emmanuel had during the flag-off of “Exercise Still Water 2” by the Nigeria Army, appealed to them to extend their security skills to the maritime area in order to safeguard lives and property of those in the coastal communities.

The governor, alarmed by the attacks by the pirates, had promised to partner with relevant security agencies to ensure that the issue is addressed.

Speaking, a lawyer to fishermen in Mbo, Olawojuwon Ogunbiyi, said the government needs to do more to secure the waterways and maritime sector of Nigeria.

He attributed the successive attacks to inadequate patrol and surveillance of the waterways by security operatives, saying that with adequate surveillance, the attacks would be reduced.

“If the security agencies spend more on intelligence gathering, it will be easy to locate where pirates are coming from. If the government is serious about this, they can handle it. There are people who know some of these bad guys but wouldn’t want to give information to security operatives because if they do, they (security personnel) will not do anything about it and you don’t expect people to risk their lives for nothing.

“Government should not pay lip service or give orders but should ensure that things are being done properly. Patrol teams should be at strategic positions so that they can repel these attacks because if fishermen tell them the flashpoints and they mount surveillance, there will be a reduction,” Ogunbiyi said.

Meanwhile, the negative impact of the activities of these sea marauders are not on the fishermen alone but on the economy of Akwa Ibom State and Nigeria in general as billions of Naira have been lost to this activity.

More would be lost if the government fails to take drastic effort to tackle the menace.