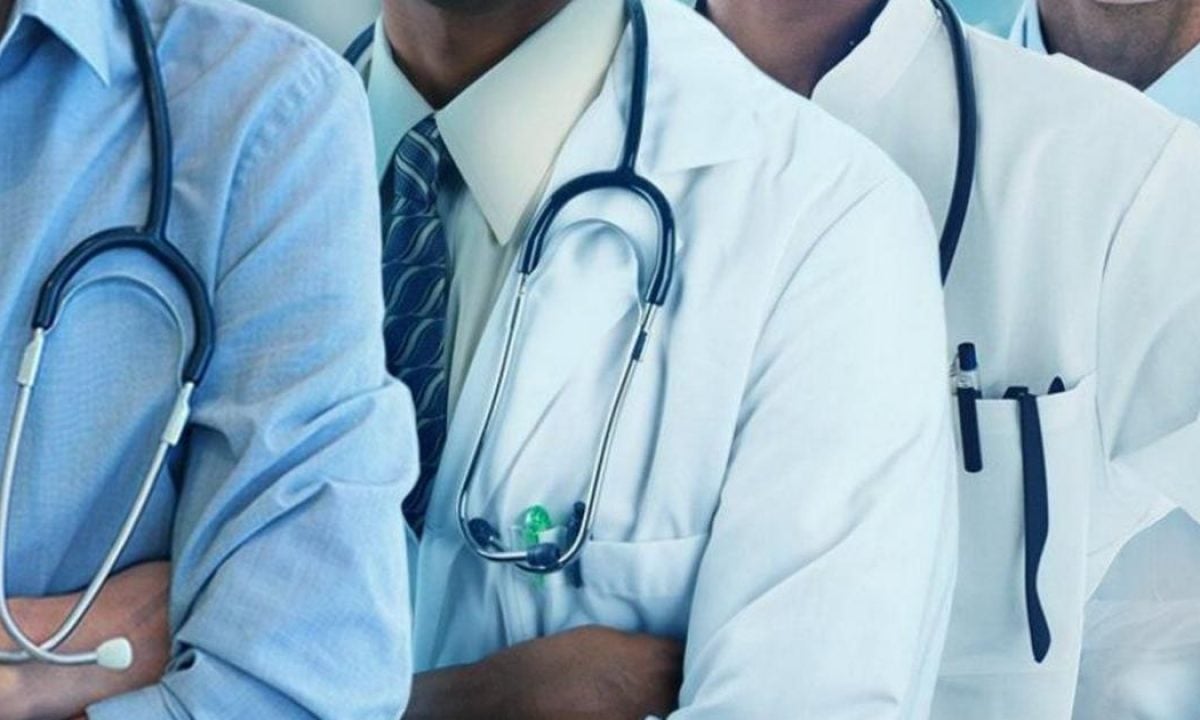 The Kaduna State Chapter of Nigerian Medical Association, NMA, on Monday, raised an alarm that something urgently needed to be done to arrest the continued brain drain of medical personnel in Kaduna State.

The association observed that in the last seven years, no fewer than 10,000 doctors left Nigeria for the United Kingdom, UK, for greener pastures, a situation it said was not good for the healthcare sector in Kaduna State.

The NMA observed that doctors in Kaduna State are the least remunerated, thereby worsening the situation of medical doctors.

Celebrating its ‘2022 Physicians’ Week’, the association lamented that continued brain drain in the medical profession amidst deadly diseases in the country in the last seven years required more medical doctors.

Dr. Madaki Sheyin, the Kaduna State Chairman of NMA, while briefing newsmen as part of activities to mark the ‘Physicians’ Week’, lamented that a Nigerian doctor is poorly paid, over-worked, lacked necessary work tools to ensure better results and has become a target for kidnappers.

He also lamented that Nigerian doctors have been rendered unimportant by successive governments.

Dr Sheyin stated, “The issue of progressive depletion of human resources for health cannot be over emphasized. With the recent article from an Online Newspaper of 9th October 2022 titled “200 Nigerian Doctors Move to UK in One Month’, the fact that checks on the website of the General Medical Council, GMC, the body which licenses and maintains the official register of medical practitioners in the UK, showed that the GMC licensed at least 200 Nigerian-trained doctors between August 31, 2022, and September 30, 2022 was revealed.”

He noted that the statistics also showed that between January 1, 2022 and September 30, 2022, about 1,307 doctors trained in Nigeria were licensed in the UK as Nigeria continues to battle one of the worst situations of brain drain in its history, adding that overall, 10,296 doctors who obtained their degrees in Nigeria currently practice in the UK.

In Kaduna State, he explained that the Kaduna doctor is even worse hit by this poor welfare conditions, stressing that doctors in the State’s employ as at today receive only 60 percent of the CONMESS salary scale, a far cry from what those in the Federal and other States are receiving.

He called on the governments to quickly declare emergency action in Nigeria’s health sector for the sake of her citizens in order to arrest the deplorable situation.

The NMA appealed to the Kaduna State government to immediately implement the report of the Committee on Review of Medical Doctors and other health workers’ salaries in Kaduna State and domesticate the newly approved hazard allowance for doctors as a way of arresting the situation.