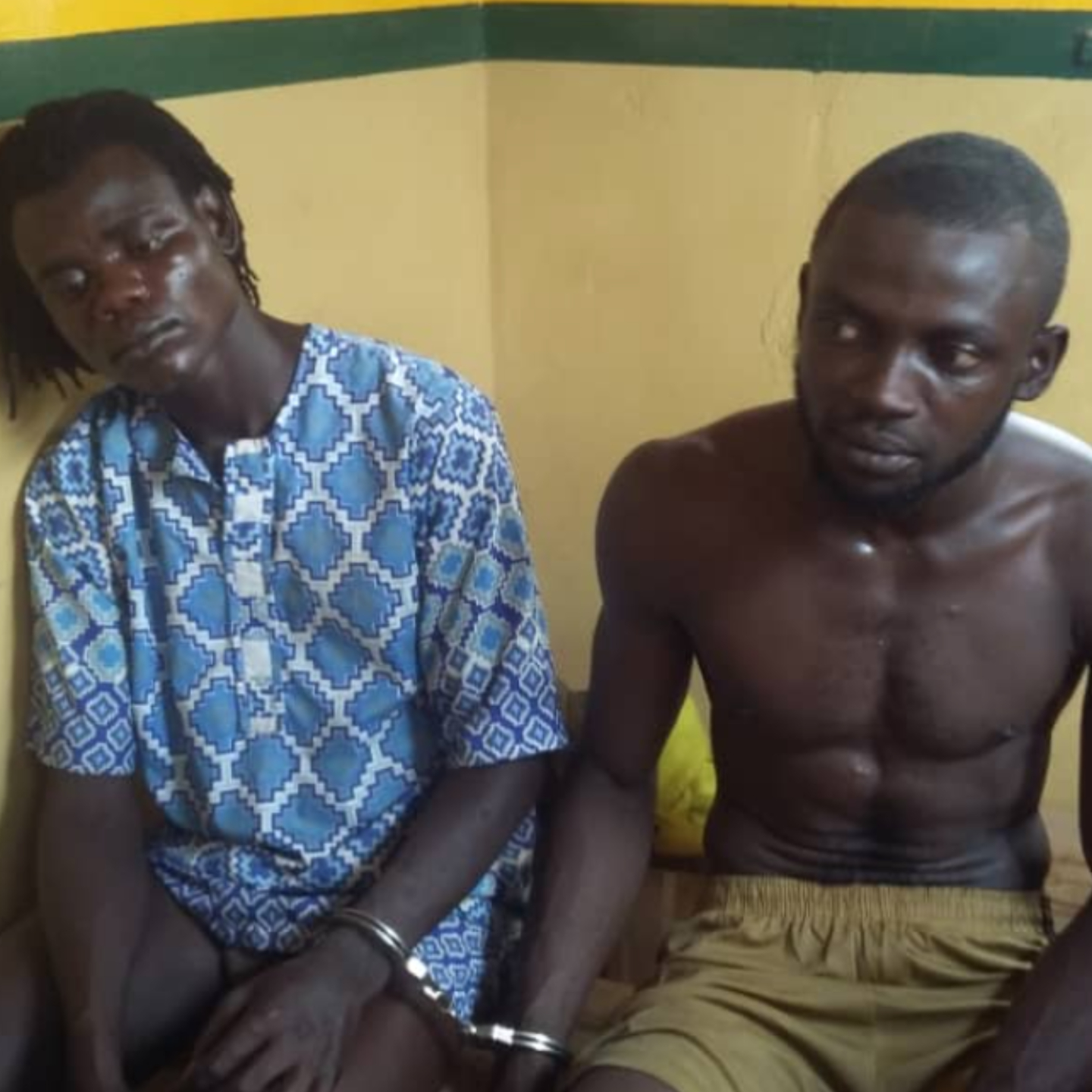 The So-Safe Corps in Ogun State has arrested three men said to be alleged members of an armed robbery syndicate terrorizing Onibudo area of the State.

They were arrested on Sunday by the So-Safe division at Adiyan-Alausa, Onibudo, under the supervision of Isheri Akute Area Commander, Ige Olurotimi.

The So-Safe spokesman, Moruf Yusuf, identified the suspects as Kacha, a resident of 20, Omega Street, Onibudo, Yusuf Muhammed, who lives within the community and Muhammed Adamu, residing at Under Bridge in Akute, adding that they were arrested at the Tipper Garage, Onibudo in Ifo Local Government Area.

According to Yusuf, the State Commander of So-Safe Corps, Soji Ganzallo, had earlier given a marching order to his men, asking them to go after “the notorious four men, known to be specialized in robbing people of their belongings.”

It was learnt that the corps got information on Sunday that the gang had snatched a motorbike at gun point and escaped with it.

“The patrol team of the Corps in Adiyan-Alausa Onibudo Division was directed to go after the suspects and few minutes later, they were successfully apprehended,” Yusuf said.

He spoke further that two cut-to-size pistols, two life catridges, one iron bar and charms were recovered from the suspects.

He added that the suspects and the items recovered had been transferred to the police at Ajuwon division for further investigation and likely prosecution.