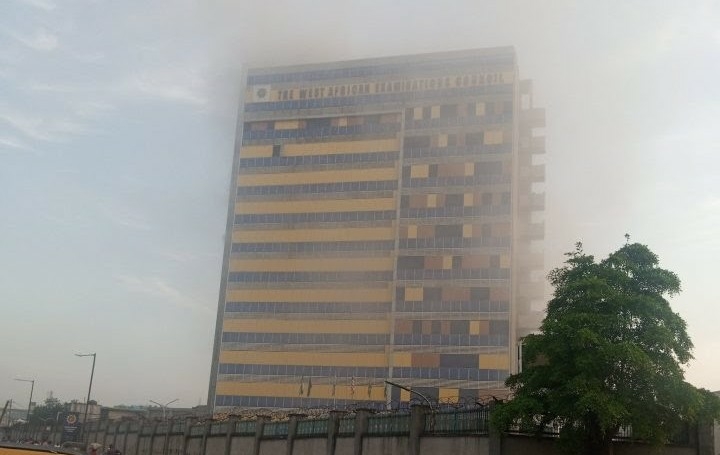 A report monitored on a Lagos radio station Bond FM, noted that firefighters from the University of Lagos (UNILAG) and Yaba College of Technology (YABATECH) have arrived the scene of the incident to extinguish the fire as of the time of filing this report.

An eyewitness said a staff of the Council believed to have been trapped in between some floors was observed attempting to jump through the window of the 12-floor magnificent building to escape being suffocated.

None of the Council officials could be reached for further details.