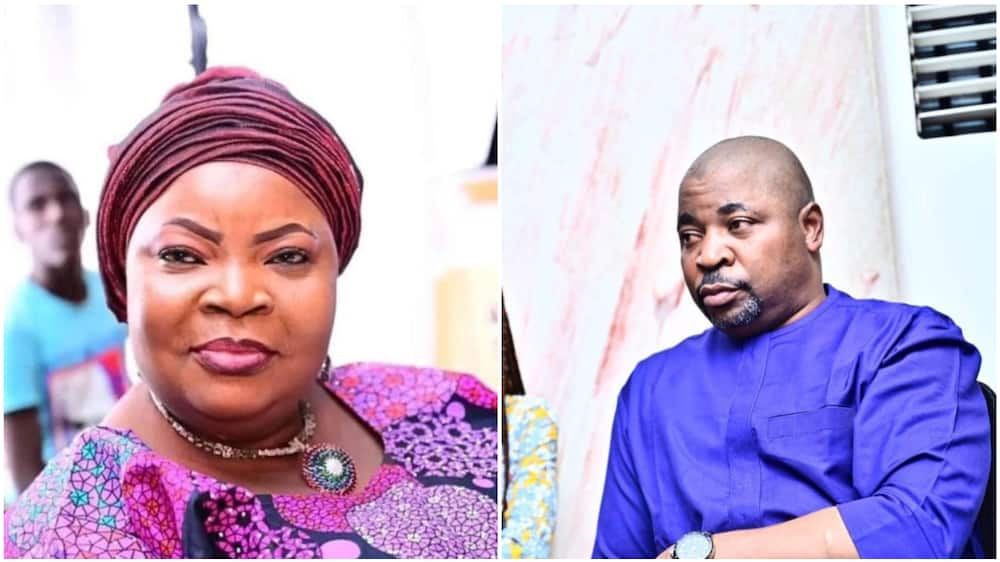 The Chairman of the Lagos State Parks and Garages Management Committee, Musiliu Akinsanya aka MC Oluomo has lost his elder sister, Kibitiu Akinsanya.

MC Oluomo, who announced the death of his sister via his Instagram page on Thursday, expressed how deeply saddened he was as a result of the news.

Read Also: MC Oluomo hails NLC Deputy President’s endorsement of Tinubu
He also described his sister’s demise as the rudest shock he’s ever received, one he was still trying to process.

Sharing the deceased photo, he said: “This life is indeed ephemeral!!! It is with deep sadness and heavy sense of loss that I painfully announce the passing of my beloved dearly elder sister and mother, Alh. Kibitiu Adunni Adenuga Akinsanya.

“The news of her death came to me as the rudest shock ever and I am still trying to process it.

“After the demise of our mother, Alhaja has been our mother figure, diligently working for the peace and progress of the entire family. Her void will be too large to fill and her place can never be replaced.”