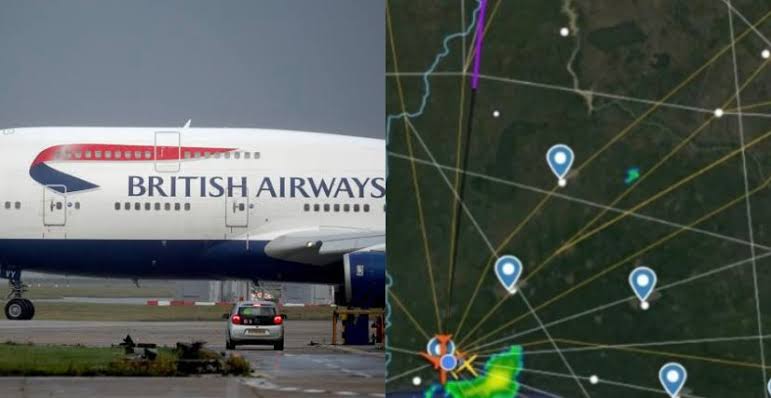 A British Airways flight 83 from London Heathrow to Abuja on Thursday suddenly landed in Lagos instead of completing its journey to Abuja over concerns of a terror attack at the country’s capital.

Some passengers on the aeroplane complained that the flight was diverted to Murtala Muhammed Airport in Lagos after short notice via email.

A passenger on the aeroplane, Olufemi Ojo, described it as a “horrible experience” after their flight was delayed upon landing at the airport without prior notice.

He said when they landed in Nigeria on Thursday, passengers received a message that the flight would be landing in Lagos before they proceeded to Abuja.

Mr Ojo said passengers waited for over an hour at the Lagos airport, accusing British Airways of being “unapologetic.”

“We had a horrible experience on our journey from London to Abuja. The flight was delayed, we did not leave until 11:45 a.m., and then we got an email saying that we are bringing us to Lagos for 90 minutes wait,” added Mr Ojo. “We landed in Lagos, and then we waited for more than an hour. British Airways, unapologetic, asked everyone to come down.”

A spokesperson for British Airways did not immediately return a request seeking comments about the development.

Mr Ojo said passengers were still at the airport waiting for British Airways to change their crew so they could proceed on their journey.

“We are done now, and we are supposed to go to Abuja and they said they need to change crew and we are still waiting for that. This is quite horrible for British Airways,” the traveller further stated. “We have a better understanding that it is not possible for Air Peace to take British to London and then landing them in Manchester. It’s a horrible experience. We are here at the Muritala Muhammed Airport no air conditioner, as usual Nigeria frustration.”

Meanwhile, the UK government has advised its nationals to stay clear of Abuja due to potential terrorist attacks.